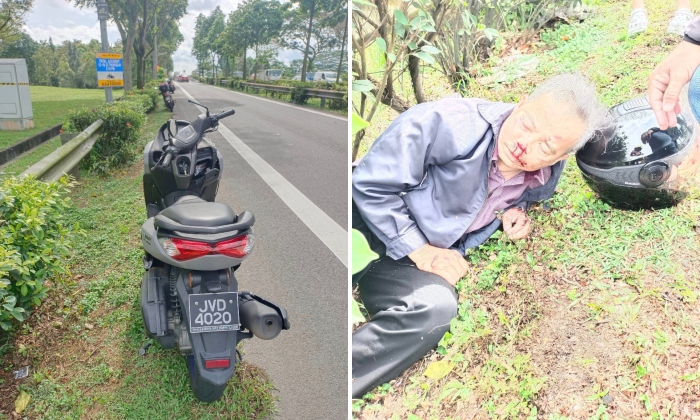 There was an accident involving a motorcycle and a car along Seletar Expressway (SLE) on Saturday afternoon.

The motorcyclist, a 51-year-old bus driver with SBS Transit, was conscious when taken to Khoo Teck Puat Hospital.

The police said they were alerted at 3.35pm about the accident that took place along an SLE slip road leading to the Bukit Timah Expressway (Woodlands).

A post in the Malaysia-Singapore Border Crossers Facebook group showed photos of the motorcyclist lying on the grass next to a motorcycle helmet, with blood on his face.

The pictures showed paramedics from the Singapore Civil Defence Force helping to secure him onto a stretcher and carrying him to an ambulance, while other road users watched from a distance. 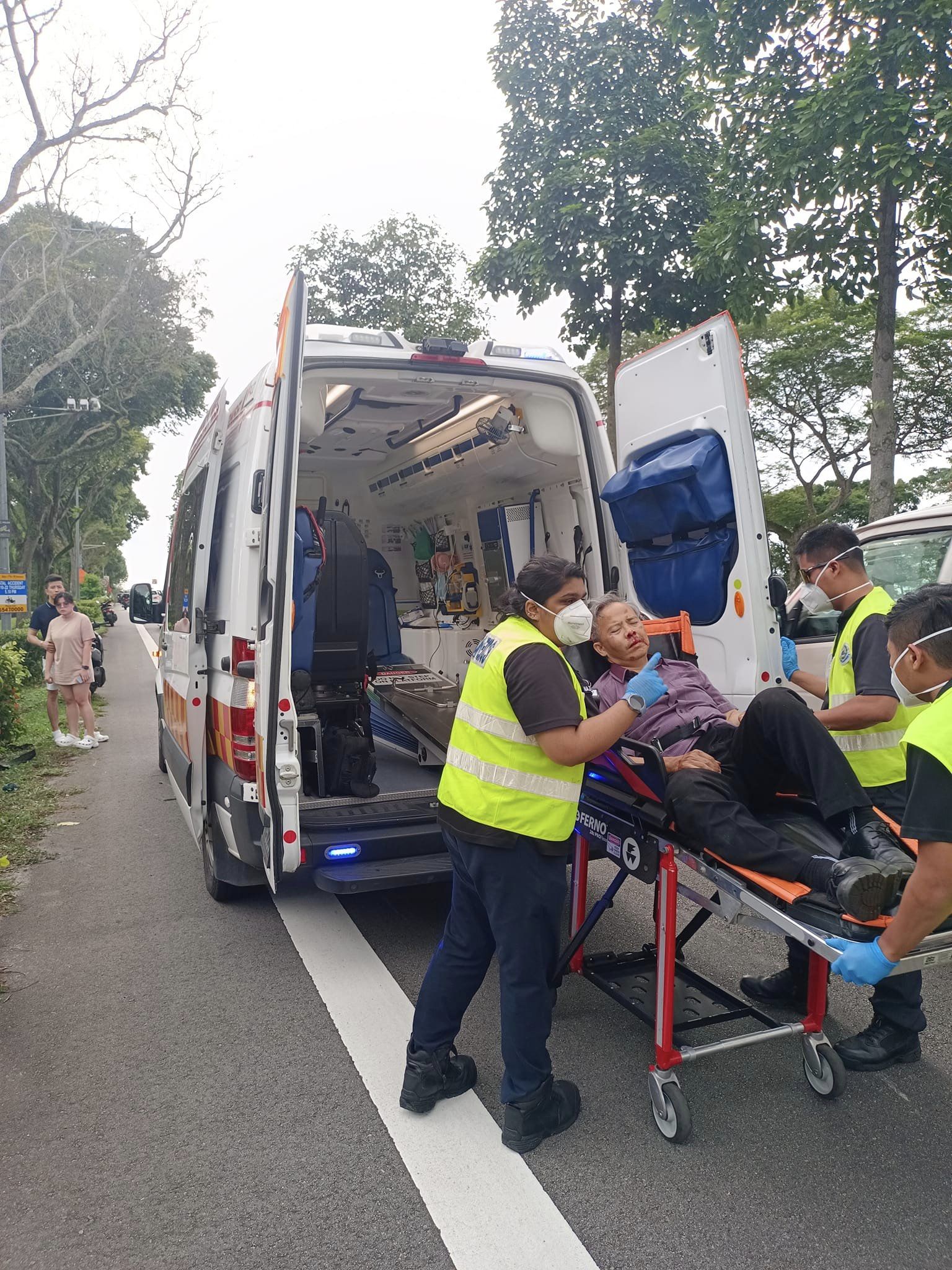 In response to queries from The Straits Times, Mrs Grace Wu, SBS Transit’s vice-president (Special Grade) for customer experience and communications, said the bus driver, Mr Zainudin was on his way home to Johor Bahru when he was involved in an accident.

He had ended his shift at 3pm.

Mrs Wu said Mr Zainudin is currently receiving medical treatment and the company is extending support to him and his family.

She said: “We will be assisting him and his family during this period of treatment and recovery. Our thoughts and prayers are with him, and we wish him a complete and speedy recovery.”