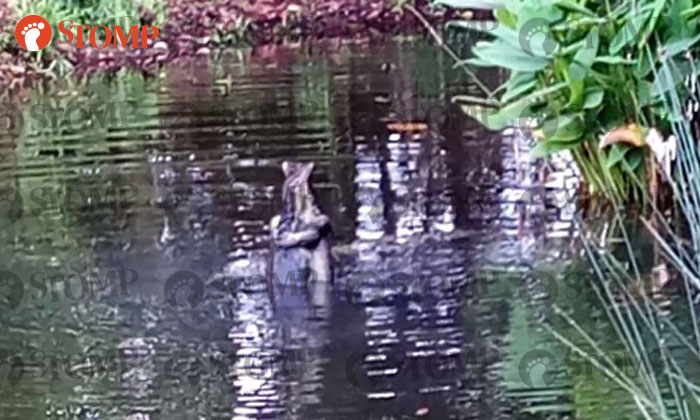 Is this a bromance or are the two monitor lizards Stomper Kev Skywalker saw wrestling?

While the video was taken about a month ago, the Stomper said that he was only sharing the video with Stomp now as he wants to a more active member.

The Stomper was taking a stroll in the reserve at about 6pm, when he came across the lizards.

He took out his phone and started filming the lizards, which were in a swamp on his left.

He said: "I felt amazed and enthralled.

"I saw them 'bromance' hugging, but they could be wrestling too.

"If they were wrestling, they remind me of mixed martial art fighters, who fight and wrestle each other to the ground."

In the video the Stomper sent us, the lizards are seen trying to push each other into the water.

In the background, the Stomper can be heard saying: "So sweet."

The lizard on the right then crashes into the water, making a splash.

The Stomper added: "Is it just me, or did one of the lizards wave in the middle of the video?"

According to the Wild Shores of Singapore's blog, when monitor lizards appear to be hugging, they are in fact wrestling.

They may seem to be in a loving embrace with each other, but are actually hostile and trying to push each other to the ground.

The National Parks Board's (NParks) website states that monitor lizards are mostly carnivorous and can be found in forests, mangrove swamps, and man-made canals.