Monitor lizards fall into drain while wrestling at Dairy Farm Nature Park, but carry on fighting 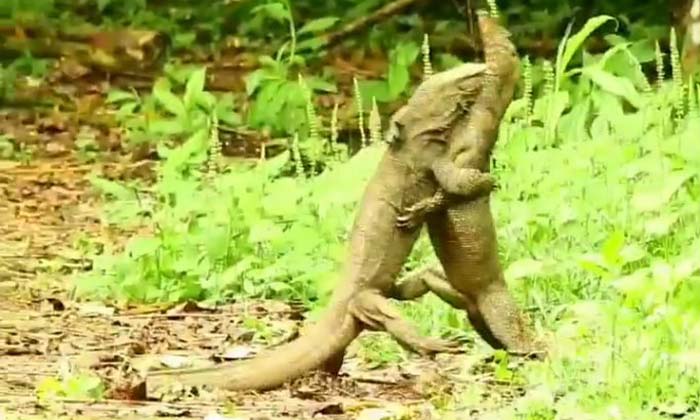 We might be used to seeing wrestling on television or on the Internet.

Most have even seen people fighting in real life, at some point in our life.

But we rarely, if never, come across is two monitor lizards having an all out brawl.

The netizen quickly filmed the smackdown and shared the clip with the Nature Society (Singapore) Facebook page.

The clip shows the two monitor lizards wrestling without a care for themselves or their surroundings.

According to Cindy, the two animals were so engrossed in their scuffle that they ended up falling into a drain.

However, that did nothing to stop their battle. They simply continued their duel inside the drain.

"Their grappling movements reminded me of human wrestlers!" said Cindy in the caption for the post.

However, some netizens said that the monitor lizards might not be fighting, but actually performing a mating ritual.