Crocodiles fighting in water? No, it's monitor lizards "making love" 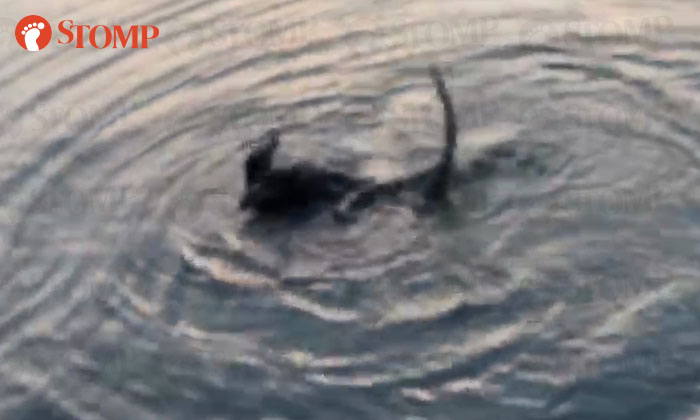 A Stomper was doing qi gong at 7.30am this morning (Sep 7) at Lower Seletar Reservoir when he spotted two monitor lizards swirling together in the water.

In a video taken by the Stomper, the monitor lizards appear to be embracing each other as they spun in the water.

Voices of the Stomper and another man are also heard expressing their amusement at the sight before them.

The Stomper said: "Wah, what I thought were two crocodiles (because of their long tails) fighting, turned out to be two monitor lizards 'making love' in the water.

"I guessed they were 'making love' because they weren't biting each other or fighting, they were just swirling in the water.

"They were there for about five minutes before swimming away.

"This was my first time seeing this so I felt excited, a few onlookers also gathered around and took photos.

"It was a rare sight indeed."