Monitor lizard digs around in Botanic Gardens: 'It's so cute!' 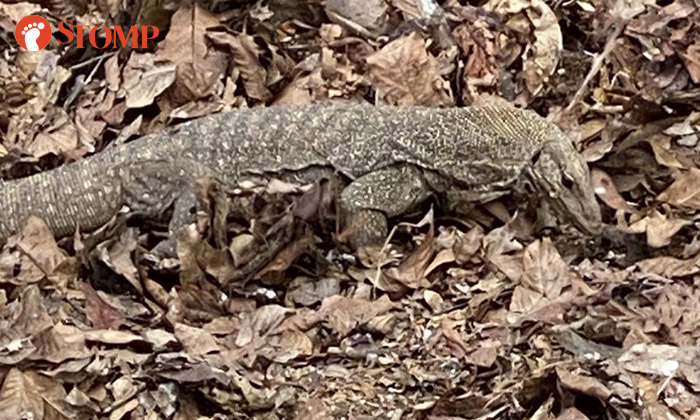 Stomper Maria was jogging in Botanic Gardens on Saturday morning (Dec 28) when she came across a monitor lizard.

She contributed videos and photos of the reptile and told Stomp: "I was there at about 11am and saw this monitor lizard.

"I thought that it was very cute so I took photos and videos of it."

"This isn't my first time seeing a monitor lizard but it's the first time I've seen one here in Botanic Gardens.

"I come here about two to three times every week.

"I've seen another monitor lizard elsewhere that was bigger than this!

"But this one was still quite big. I don't like reptiles so I was rather afraid when I saw this monitor lizard.

"I still thought it was cute because it seemed like it was digging and finding food.

"You can see in the video that it was chewing something. I don't know if that was another animal, insect or just a plant.

"I do feel concerned about whether it will bite. It can be dangerous especially if there are kids around."

Here's some advice from NParks for when you encounter a monitor lizard:

Related Stories
The most chill 'jaywalker' you will ever meet in Yishun
Stomper encounters monitor lizard at Upper Serangoon View: "It's the biggest I've seen"
Monitor lizard chills at Coney Island "like a master of its habitat"
More About:
Botanic Gardens
animal
monitor lizard