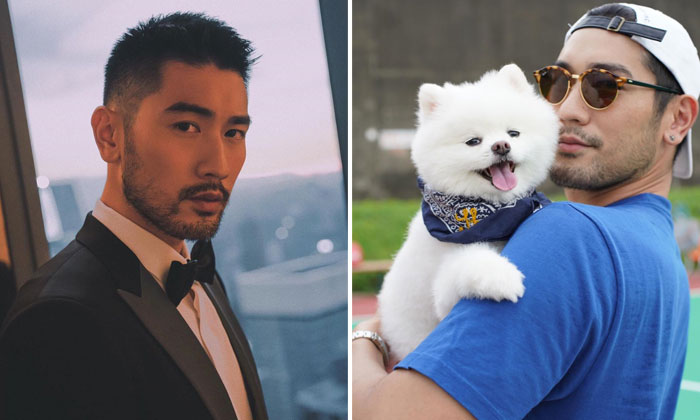 Taiwan-born Canadian model-actor Godfrey Gao, 35, has died after he collapsed while filming a Chinese variety series. His agency, JetStar Entertainment, confirmed this on Weibo. He was reportedly rushed to hospital, where he died after nearly three hours, according to JetStar's statement.

According to Chinese media reports, he had been filming Chase Me - a night-time variety series by Zhejiang Television which focuses on physical tasks for its contestants.

He reportedly collapsed at around 2am on Wednesday morning (Nov 27) midway through filming. Other celebrities on set included Hong Kong actor William Chan and boy band Fahrenheit member Calvin Chen.

In photographs circulating on the Web, Chan can be seen with his hands in a prayer position. Paramedics could also be seen working on someone, who is obscured in the photographs.

Netizens who claimed to witness the incident said that Gao's heart stopped beating for a few minutes before it resumed and that he was rushed to the hospital.

The 1.93m tall Gao first caught the public's eye as a fashion model. He was the first Asian male model to appear in luxury brand's Louis Vuitton ad campaign in 2011.

He has since been in Hollywood films like The Mortal Instruments: City of Bones (2013) and also became popular in China when he starred in Remembering Lichuan (2016), a television adaptation of a Chinese romance novel.

Related Stories
Singapore actor Benjamin Heng's wife dies at 43: "I will raise our daughter to the best that she can be"
Actress Tracy Lee's billionaire husband Ben Goi dies of stroke at age 43
28-year-old Korean actress dies after exiting Mercedes and getting hit by 2 vehicles on expressway
More About:
entertainment
death
tragic
celebrity
Godfrey Gao
model
actor