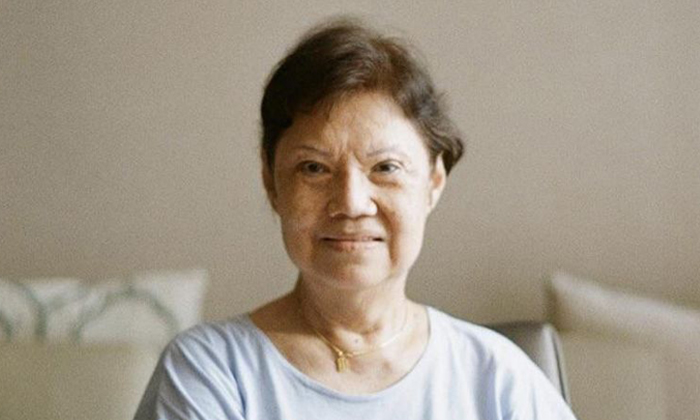 An elderly woman suffering from dementia has been found after going missing for four days.

Madam Siew Pek Chun, 72, was last seen leaving Queens condominium at 10 Stirling Road around 2pm on Sunday (Oct 4) before she was discovered on Wednesday evening.

By a stroke of luck, a friend of one of her granddaughters' saw her.

Ms Adeline Tay, a friend of Madam Siew's granddaughter Joelle Lim, was at the Chinatown MRT station around 6pm when she spotted the elderly woman at the station's turnstiles.

"I thought that she looked familiar, so I immediately called Joelle, who asked me to take a photo," said Ms Tay.

The 19-year-old student, who had seen Madam Siew's pictures on social media, then approached the older woman to ask her where she was going and chatted with her until the police arrived.

The family said they received an overwhelming amount of support from the police, family and friends, with some friends cycling at 2am to search for the missing woman.

The granddaughter, Ms Lim, 19, said that she received over 150 direct messages and estimated that the family had around 400 messages from strangers offering to help.

Madam Siew had left her home on Sunday, after saying she would take a walk downstairs. At the time, the 1.57m-tall woman was wearing an oversized light blue T-shirt, black trousers and open-toed sandals.

She was carrying a blue bag and had no money, identification documents, ez-link card or keys.

"My mother saw her leave and quickly changed her clothes to try and catch her but the elevator doors closed," said the 20-year-old student.

By the time her mother followed in the next lift, Madam Siew was nowhere to be found.

Madam Siew was allegedly spotted by members of the public around Block 59 in Dawson Road about 9pm on Tuesday night.

She used to frequent the Queenstown area, her previous home in Jalan Bukit Merah, the Kwan Im Thong Hood Cho Temple in Bugis and places in Chinatown, including People's Park, Chinatown Complex and Chinatown Point.

Previously, Madam Siew had wandered off on July 15 but was found that night.

The family said that they will take greater precautions from now on.

"Now knowing that her dementia has worsened, we will make sure that she is wearing a tracking device for 24 hours. We will be accompanying her for her daily walks from now on as well," said Ms Lim.