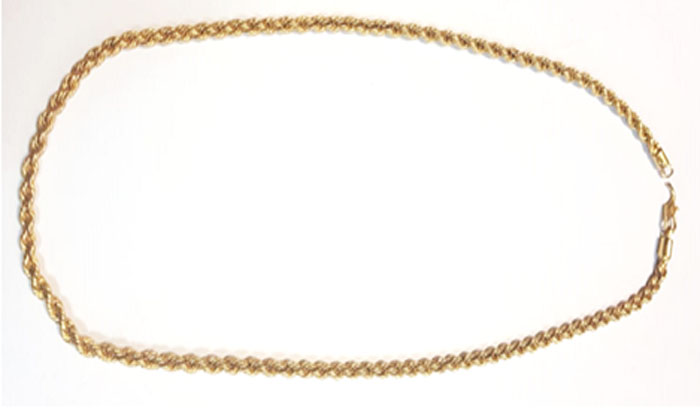 A masked man snatched a gold chain that was worth $3,500 from a 72-year-old woman along Woodlands Drive 70.

Police believe that he was also involved in a similar case where another victim's gold chain with two pendants, valued at $4,278 was snatched.

Upon receiving the report on Aug 25 at about 3pm, officers from Jurong Police Division conducted extensive follow-up investigations, and subsequently established the identity of the man through CCTV images as well as police cameras.

He was arrested on Aug 28 along Anchorvale Crescent.

"My officers have looked through hours of footages from CCTVs, police cameras and also conducted extensive enquiries to identify the man," said Commander of Jurong Police Division, Assistant Commissioner of Police Devrajan Bala.

"Their perseverance and excellent work are commendable, which eventually resulted in the swift arrest of the man.

"The police are committed to keeping Singapore safe, and we will spare no effort to hunt down offenders to ensure that they are brought to justice and face the full brunt of the law."

The man will be charged in court on Aug 30 with use of criminal force in committing theft of property carried by a person under Section 356 of the Penal Code, which is punishable with imprisonment for a term of not less than one year and not more than 7 years, and shall also be liable to caning.

Members of the public are advised to observe the following crime prevention measures: