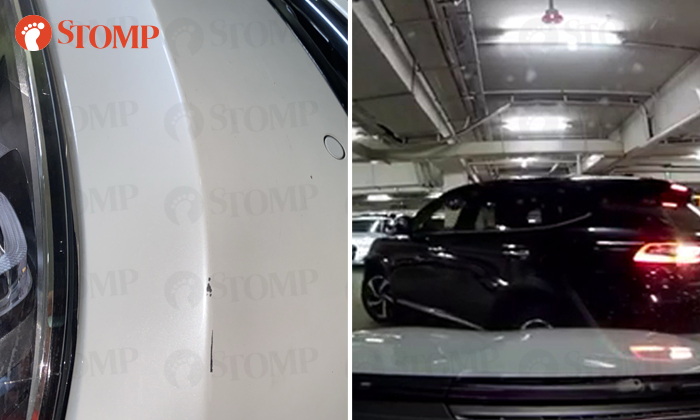 Police are investigating an incident where a man's car was damaged by a hit-and-run driver at Thomson Plaza on Monday (Jan 13).

Stomper N, who shared photos showing his car with scratches and paint chips, said he initially did not realise what had happened.

He only noticed the damage on his vehicle later in the day, prompting him to check the footage captured by his in-car camera.

N told Stomp: "I was parked there for around one-and-a-half hour.

"A car hit my bumper while reversing at 5.27pm, but the driver did not leave a note behind at all."

N made a police report the following day.

Responding to a Stomp query, the police confirm that a report was lodged and investigations are ongoing.