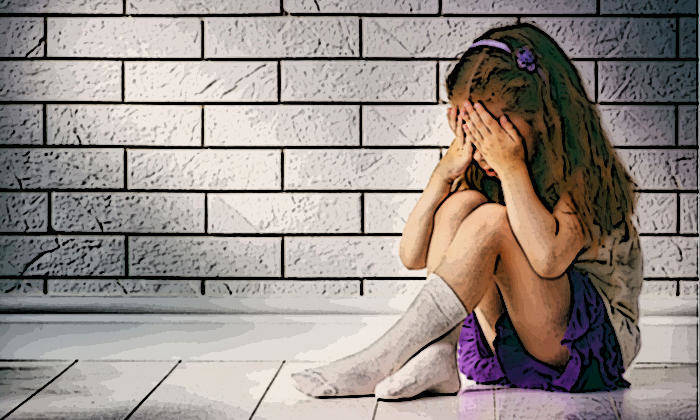 A 44-year-old man who showed child pornography to his daughter and sexually assaulted her over 7½ years was sentenced to 28 years' jail and 24 strokes of the cane on Monday (April 26).

The permanent resident from a European country had pleaded guilty in the High Court last month to three counts of rape.

He admitted that he sexually assaulted the victim when she was between three and seven years of age and started raping her by the time she was nine.

He had also preyed on his daughter's best friend, then nine years old, when she came over to play.

The man, who worked here as a product manager, is now divorced. He cannot be named due to a gag order to protect the victims' identities.

Another 19 charges were considered in sentencing, including four charges of rape and three of sexual assault by penetration.

Justice Mavis Chionh noted that, with backdating and the usual one-third remission for good behaviour, he will be 61 years old when he is released.

The court heard earlier that the abuse started at the end of 2011 in the family's rented condominium.

Prosecutors told the court that the girl became afraid of showering alone after she saw people drowning on TV, which led to the man showering with her.

He began sexually exploiting her, and realised he was a paedophile and there was "no turning back".

After the family moved to another condominium, the abuse became more frequent.

While the girl's mother was at work or out of the country, he showed child pornography to the girl and carried out various sexual acts on her.

The girl said "no" when he wanted to have sex with her, but he told her to try for a few minutes.

She did not tell anyone about the assaults as she did not want her parents to divorce.

When the girl's best friend, a foreigner who lived in the same condominium, came over, he kissed the friend on the lips and told her to keep it a secret.

Once, he molested both girls at the same time, touching each victim with one hand.

Eventually, the friend stopped coming over.

The friend was in her home country in June 2019 when she was asked to confess her sins before taking her first communion as a Catholic. She revealed that the man had behaved inappropriately with her in 2017.

Her parents took her to make a police report when they returned to Singapore.

On July 1, 2019, the police went to the man's home and, after speaking to his daughter, who was alone at home, found out about the sexual abuse. He was later arrested.

The man estimated that he had sex with his daughter 10 to 20 times. He also said he had forced her to perform oral sex on him more often than he raped her.

While he was diagnosed with paedophilic disorder by the Institute of Mental Health, the IMH said the disorder had "no substantive contributory link" to his criminal liability as his cognitive functioning and his capability of breaking the law to act on his desires were not significantly impaired.

Related Stories
Man who posed as agent for 'sugar daddies' to trick women into having sex with him jailed, fined
NUS student expelled after allegedly filming sexual acts with 2 students without their consent
Man sexually abused daughter since she was 3 and started raping her at 9, preyed on her best friend
More About:
Rape
underage
child
court
jailed
caning