Man who posed as agent for 'sugar daddies' to trick women into having sex with him jailed, fined 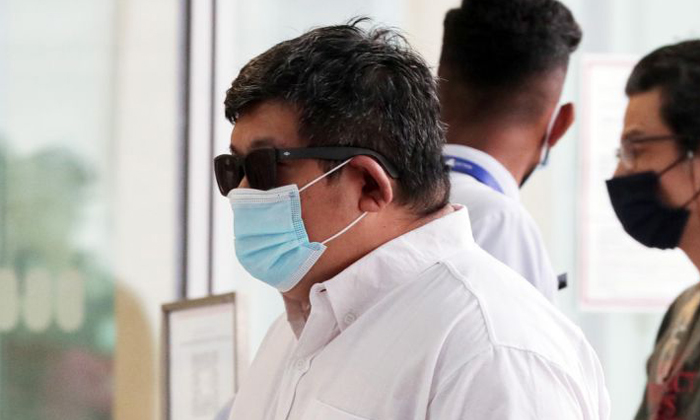 A man who pretended to be an agent for rich "sugar daddies" and duped at least 11 women into having sex with him was sentenced on Tuesday (April 20) to 3½ years' jail and fined $20,000.

District Judge John Ng described Wong as a multiple offender who had deceived women for his own sexual gratification.

"An elaborate and well-executed plan over 10 months makes such offences particularly deserving of punishment," the judge said.

In 2015, Wong looked through sex workers' advertisements online and realised he could not afford to engage their services.

The Singaporean then hatched a plan to create a post on online classifieds website Locanto, asking for paid escorts to provide sexual services to "sugar daddies" - rich older men who are willing to splurge on younger women in exchange for their company.

At least 11 women aged between 18 and 24 years responded to his advertisement between April 2015 and January 2016.

Wong told them he had clients who could pay them between $8,000 and $20,000 a month for their services. The truth was he did not have any clients and lied so he could have sex with women without needing to pay them.

After obtaining nude photos of the women or filming his sex acts with them, Wong would threaten them with dissemination if they did not engage in sexual activity with him again.

When she expressed reluctance to send him nude photos of herself, he told her: "All my girls take skimpy pics so you will be on a losing end." She then sent him two photos.

He then lied that he needed to have sex with her so he could rate her performance to his clients. She agreed to meet him after he said a potential client had paid his last sugar babe $16,000.

The woman started having anxiety attacks after this incident. She was later diagnosed with adjustment disorder with anxiety.

She begged Wong to delete her photographs on Jan 30, 2016. The conman then said he would do so only if she agreed to "provide sexual services to him".

When the woman told him she was doing him a "favour" by not going to the police, Wong replied: "Now I have to pass your photos to my friends; in case anything happens to me, they will use the photos as they wish."

Wong's lawyer Genesa Tan said he had been diagnosed with adjustment disorder that contributed to his offences, and that he is remorseful.

Wong will begin serving his sentence in two weeks' time. In the meantime, he remains out on bail.

Related Stories
Man pretended to be an agent for rich 'sugar daddies' to dupe women into having sex with him
Former social escort earned $30,000 by arranging for models to provide 'intimacy'
Couple who exploited their nightclub workers and coaxed 1 into prostitution gets jail, fine
More About:
court
sex
scam