Man who molested teenage stepdaughter while massaging her jailed 14 months 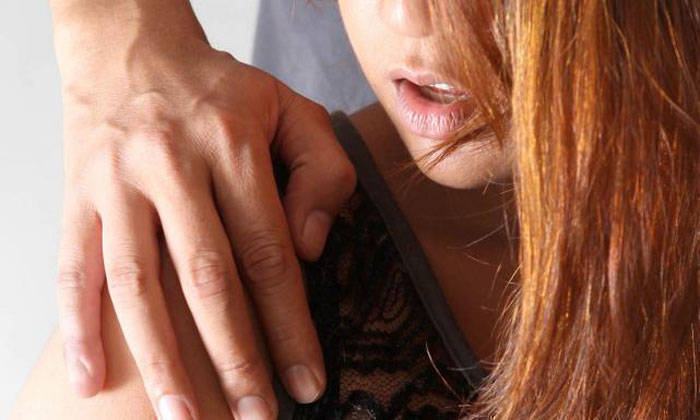 A man who molested his stepdaughter was jailed for 14 months on Monday (May 3).

The 57-year-old pleaded guilty to one count of molestation, with another similar charge taken into consideration.

Both the accused and the victim, who is now 17, cannot be named due to a gag order.

The accused married the victim's mother in 2008 and they lived together in a flat in Woodlands.

Some time in 2019, both victim and accused were at home alone in the afternoon.

As the victim had not slept well the night before, she felt some pain in her lower back and asked the accused for a massage.

Her stepfather told her to remove her clothes and she did so as she trusted him.

He massaged her back with baby lotion for 20 minutes before sliding his hands to her private parts and molesting her.

The victim felt uncomfortable and told him she felt ticklish, after which he stopped and told the victim to bathe.

He also told her not to tell anyone about the incident.

The girl kept silent about what happened until he molested her a second time at a later date.

She then told her mother, but they decided not to make a report as they were concerned for his age and health.

It was only later, when a child protection officer found out about the incident while talking to the victim, that the matter came to light and a report was made.

On Monday (May 3), Deputy Public Prosecutor Angela Ang urged the court to jail the accused for 15 months, noting that the victim was vulnerable as she was only 15 when she was molested, and there was an abuse of trust on the stepfather's part.

She also told the court he had been fined in 2006 for possession of obscene films.

In mitigation, defence lawyer Zamiq Azmeer Borhanudin asked the court for a sentence of not more than eight months' jail.

He said his client has continued to "fulfil his role as a father" to the victim by providing financial support, despite having moved out of the matrimonial home.

District Judge Teoh Ai Lin said there were multiple aggravating factors, including a prolonged period of skin-to-skin contact during the offence.

The judge allowed for the man's sentence to be deferred to a time after Hari Raya.

The man has been offered bail for $15,000, and is expected to begin serving his sentence on May 18.

For each count of molestation, he could have been jailed for up to two years, or fined, or both.

He cannot be caned as he is above the age of 50.

Related Stories
Man touched 'good-looking' male commuter's genitals and buttocks on MRT to attract his attention
Ex-cabby molested female passenger who fell asleep in back of taxi
Man who trapped and molested Thai tourist in stairwell gets jail and caning
More About:
court
molest