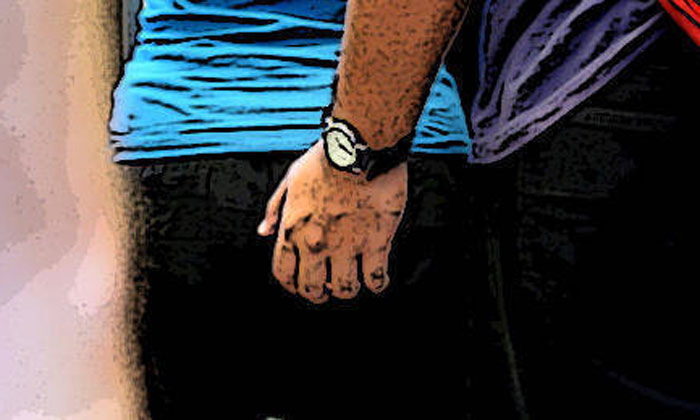 A man who was riding in a crowded MRT train repeatedly molested a 36-year-old male passenger as he felt that the latter was good-looking and wanted to attract his attention.

Two other molestation charges involving the same victim were considered during sentencing.

The victim cannot be named owing to a gag order to protect his identity.

Deputy Public Prosecutor Goh Yong Ngee said that the victim boarded the train at Choa Chu Kang station at around 7.40am on Feb 25 last year and Tan entered the same carriage at Canberra station about 30 minutes later.

The two men then stood near each other.

Feeling attracted to the younger man, Tan, a Singaporean, used his right hand to touch the victim's left buttock.

The victim saw Tan's bag slung over his right shoulder and initially assumed that it had brushed against him.

The victim, who felt outraged, shifted his body a second time to distance himself from Tan in the packed train.

The train was at Bishan station at around 8.30am when Tan touched the man's genitals.

DPP Goh told the court: "The complainant felt outraged... took half a step backwards and covered his crotch with his hands... The complainant was stunned and continued looking straight at the train door."

When the victim alighted at the next stop - Braddell station - Tan also got off and tried to strike up a conversation with him.

Court documents do not reveal what happened next but the victim lodged a police report later that morning. Officers arrested Tan two days later after they viewed closed-circuit camera footage.

On Friday, DPP Goh urged the court to sentence him to at least six months' jail, stressing that the acts of molestation "escalated in their intrusiveness as time passed".

He added: "The accused's offences took place over a half-an-hour train ride, during which he made unwelcome advances towards the victim... He started by brushing the victim's buttock... and then finally touching the victim's private parts."