Man who did not pay my mum $19 for your taxi fare, please come forward before we make a police report 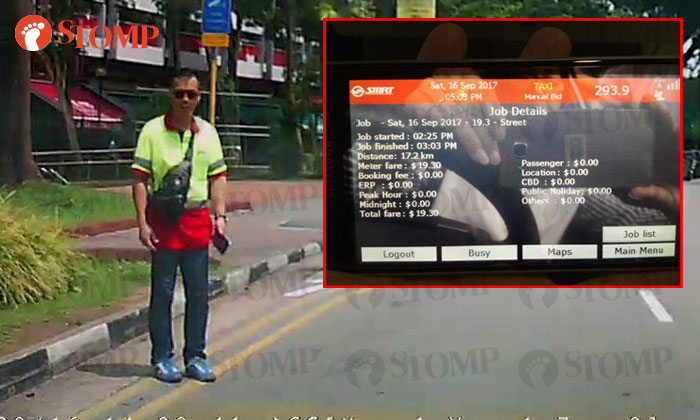 A passenger alighted and left without paying his $19.30 fare after boarding a taxi at Changi Village on Sep 16 at 2.25pm.

Stomper EC, the son of the female cabby who picked up the passenger, recounted what happened in a telephone interview and email.

He said that the passenger first told his mother to go to Block 248 in Tampines after boarding the taxi.

As he was approaching his destination, he changed his drop-off point to Block 248 in Hougang.

At Hougang, the passenger told the Stomper's mother to alight him right after Kai Hock Tong Temple that was situated along Avenue 3.

He said he will collect something and return to the taxi, but did not specify how long he will take.

After 10 minutes, there was no sign of the passenger.

A photo of the summary of the passenger's 38-minute trip showed that the fare was $19.30.

"We'll consider lodging a police report if there is no news from this man."