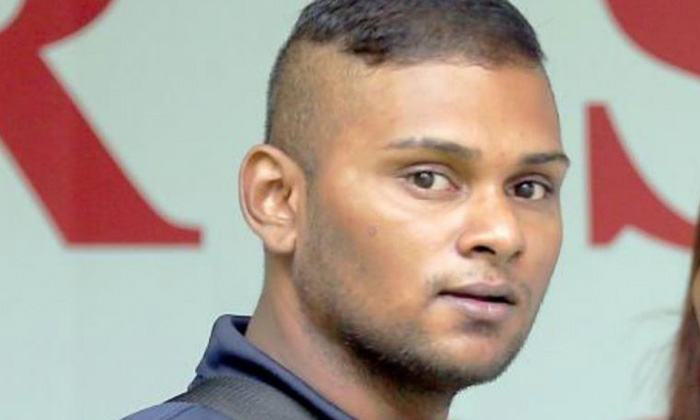 A 21-year-old man pleaded guilty to extortion on July 9 after he was arrested on Feb 15 for extorting money from a teenage boy.

Naveenthiran Thevathas, who is unemployed, was going through a teenage girl's mobile phone when he chanced upon two videos of her and the 17-year-old boy having sex in a toilet, reports The Straits Times.

He then decided to use the videos to extort money from the boy. He and his friend were subsequently arrested after they retrieved the money.

The teenagers cannot be named due to a gag order to protect their identities.

Besides pleading guilty to extortion, Naveenthiran also pleaded guilty to an unrelated theft charge on July 9.

On Thursday (Jul 19), Naveenthiran was chastised by the judge for arriving in court drunk. The latter also ordered Naveenthiran's bail to be revoked and that he be remanded.

District Judge Kenneth Yap told him: "This is not 7-Eleven or a polyclinic. How dare you turn up inebriated."

The court heard that the 18-year-old girl had left her phone with a friend for safekeeping on Jan 17, 2018. The 19-year-old friend then went to Naveenthiran's home afterward.

When the older girl was making a call, Naveenthiran took the phone and read the messages in it, which led to him discovering the two videos.

He then sent the clips to Chandanee Selvarajoo's mobile phone, before forwarding them from her phone to his own.

On Feb 13, Naveenthiran also got an unregistered SIM card and informed his 28-year-old friend about his plot and promised to give her $10,000.

Deputy Public Prosecutor Shen Wanqin told the court that the teenager lodged a police report the next day after Naveenthiran sent one of the videos to him and demanded $50,000.

Said DPP Shen: "[The boy] managed to raise cash of $2,000 in $50 denominations. A party of police officers were then briefed to conduct an operation to arrest the accused."

On Feb 15, the boy told Naveenthiran that a sum of $8,000 was raised. The latter then colluded with another friend, Nitesh Naidu Raj Kumar Naidu, 23, who suggested that they go to Hillcrest Road, near Dunearn Road.

Naveenthiran got in touch with the teenager and told him to leave the money at a particular fire hydrant in Hillcrest Road, which the boy dropped off at around 11pm.

Naidu and Naveenthiran were subsequently arrested at Woodlands Avenue 1, where they absconded to after collecting the money.

The marked notes were also seized from the duo.

Naveenthiran will be back in court next Monday (Jul 23).

The cases against Naidu and Chandanee are pending.