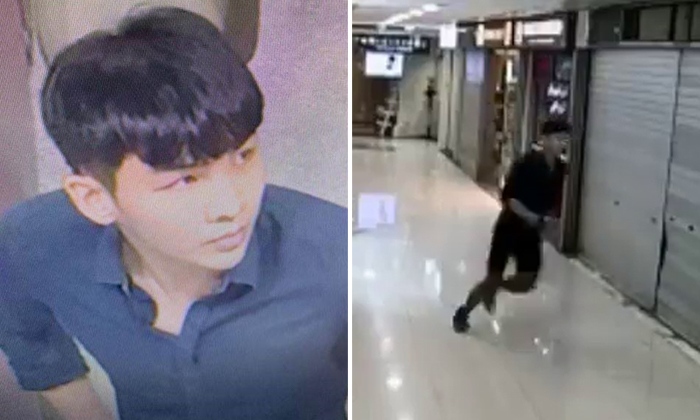 Police are looking for a man who allegedly stole two diamond-encrusted Rolex watches, worth a total of about $150,000, from a shop in Far East Plaza on Wednesday (June 12).

The man had been wearing a fake Rolex watch when he visited HJ Luxury on the second floor of the shopping mall at around noon.

According to Shin Min Daily News, HJ Luxury is a family business and two sisters were in the shop at the time of the incident.

Ms Liew, 35, said that she was at the shop counter while her older sister was in the office when the man appeared at the store window.

Ms Liew told Shin Min: "He pointed at two diamond-encrusted men's watches and said he wanted to look at them. I took out the watches to show him, but he was hesitant and did not not seem to have the intention of buying anything." 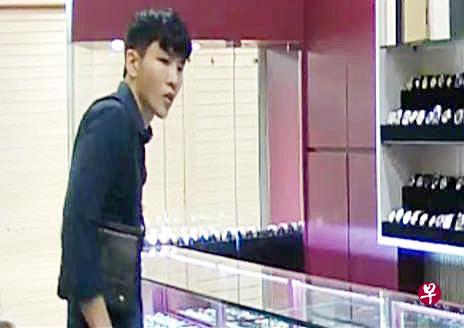 The man then asked to look at women's watches and Ms Liew complied with his request, only for him to say that he wanted to buy the two men's watches from before.

According to The Straits Times, the man snatched the two men's watches and fled while Ms Liew was putting away the other watches.

Ms Liew, who tried to grab hold of the man but failed, told Shin Min: "I chased after him all the way downstairs, but he was too fast and I couldn't catch up."

Shopkeepers from neighbouring stores also heard Ms Liew shouting for help and joined in the pursuit, but to no avail.

A video showing part of the chase has been circulating on Facebook.

The man, described to be tall, good-looking and in his early 20s, fled via a nearby staircase leading to the main road. It is believed that he had planned his escape route.

He left his fingerprints on multiple glass surfaces in the shop, as well as his fake Rolex and an empty bag that he had brought into the shop, reported The Straits Times.

Ms Liew said both items were taken by the police as evidence.

The police released an image of the suspect on Wednesday night and appealed for more information about the case.

Anyone with information is requested to call the police hotline at 1800-255-0000 or submit information online at www.police.gov.sg/iwitness.