Buyer swaps seller's original Rolex with fake during viewing, then tries to run away when confronted 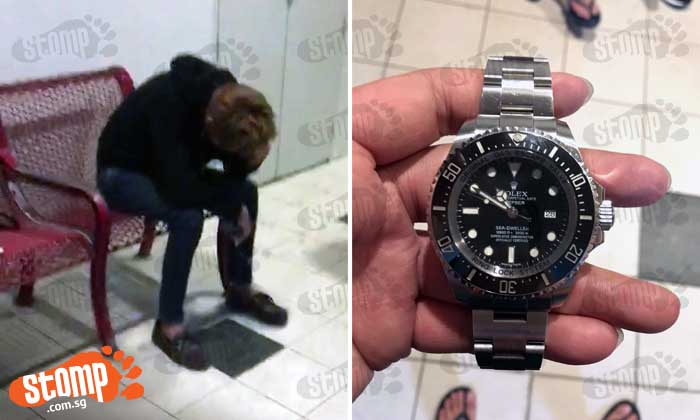 A man who was selling a Rolex watch online got more than he bargained for when a buyer who requested to view it tried to swap it for a fake version, then tried to run away when confronted.

A Stomper shared with Stomp about how the buyer contacted him through Carousell after seeing his listing to sell his Rolex Sea-Dweller Deepsea 11660 on Thursday (April 27).

After they agreed on meeting up at Toa Payoh Lorong 7, the Stomper met the buyer at said location yesterday (April 28) at about 10.12pm.

During the viewing, the Stomper let the buyer, a young Chinese male, see the Rolex.

However, he became suspicious when he was handed back the watch as he could tell that it was not his.

"His watch was in his left pocket, and he tried to swap it with mine during the viewing.

"I told him that this was not my watch, and demanded that he return it to me.

"He kept denying this, until I called my housemate to come down to see us.

"After my housemate arrived, he returned my watch to me.

"He also offered $10,000 as compensation, which I don't think he has, otherwise he would not be doing this.

"When we called the police, he started running away.

"We gave chase and shouted at him before eventually catching up.

"However, after the police arrived, he reported that he was dizzy and an ambulance was called to the location.

"I also think he might be working with a group as he was on the phone all the time.

"The police took him away and the fake Rolex.

"People need to be aware of such scams going on."

Related Stories
Beware of what can happen when you turn your back at a petrol station
Stomper's friend loses sling bag with MacBook Pro and phone inside -- to this man at Bras Brasah Complex shop
Loiterer at Jurong West takes maid's underwear, then looks right at CCTV camera
expensive
watch
scam
cheating
arrest
police
Carousell