Man visits GF in hospital, breaks 3 of her ribs over monetary dispute instead 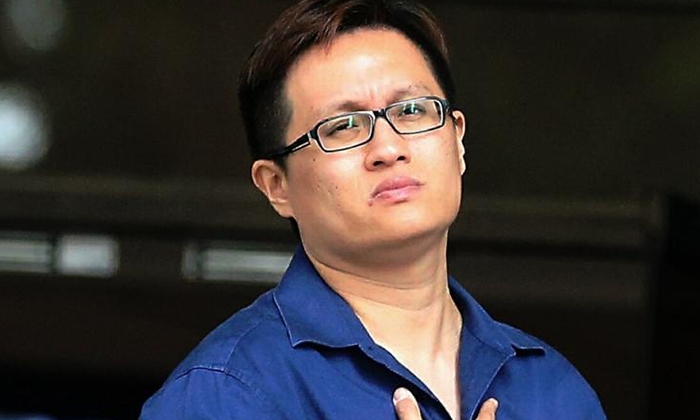 A man visited his girlfriend who had been hospitalised but shoved her to the floor during a dispute over monetary issues, breaking three of her ribs and causing various other injuries.

Court documents revealed that the victim had been warded after getting stung by a sea creature during a diving session in Terengganu, Malaysia on May 4, 2016.

She subsequently returned to Singapore and sought treatment at Mount Elizabeth Hospital, where she was warded.

Ke visited her the following day.

During the session, the two got into an argument over financial matters.

He started throwing items on the floor, hurling vulgarities and shoved the victim.

Ke also grabbed a pillow and attempted to hit the victim’s head.

So as not to alarm the nurses outside, Ke blocked the door to the room.

The victim attempted to run out to look for help but was pushed by Ke.

She hit a wooden bed frame and fell on the floor.

The victim was unable to stand after that.

She dragged herself to the nurse call button and requested for assistance.

A nurse quickly attended to her, and under her instructions, called the police.

Ke left before the police arrived.

The victim broke three ribs, had difficulty breathing, suffered bruises and trauma to her spine from Ke’s assault.

She had to extend her stay in the hospital until Aug 31.

After the incident, the victim told Ke that she wanted to break up with him.

Ke continuously harassed her by sending her multiple messages on May 20, 2016.

In many of the messages, Ke insulted and used vulgarities to demean the victim.

In his mitigation plea, Ke’s legal representative said that Ke is remorseful for his actions and had even offered the victim a $7,800 cheque to alleviate her medical bills.

However, the victim rejected the cheque.

Related Stories
M. Ravi admits to assaulting lawyer Jeannette Chong-Aruldoss
Security guard who slapped man at The Central at Clarke Quay sacked: Certis CISCO
Uncle argues with youths after one of them allegedly hits him while riding bicycle
More About:
assault
dispute
relationship