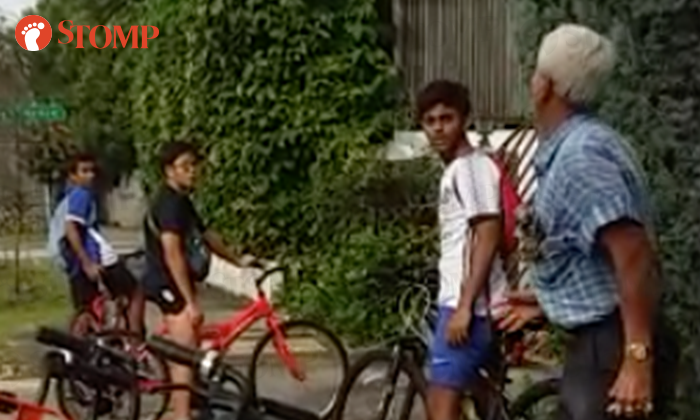 An elderly man and a group of youths on bicycles got into an argument after a member of the group allegedly hit him while riding.

The incident happened at a bus stop along Braddell Road yesterday (Nov 26) at around 9am.

Stomper Imelda, who was waiting for a bus at the bus stop, captured the incident on video and sent it to Stomp.

According to Imelda, one of the riders had allegedly hit the man who was standing at the bus stop, on the back.

Instead of apologising immediately, the group continued riding away.

The man then shouted at the group, demanding to know why they simply left after hitting him.

In the video Imelda took, the guy and the man could be heard arguing.

The two sides continued to argue, with one of the youths emphasising that he had rung his bell to warn the man:

“I ring my bell, you don’t want to move, my problem arh?”

“It is quite sad to see youths behaving in this manner.

“You cannot just hit someone and move off.

“Moreover, they came as a group.

“Even if the uncle didn’t talk nicely, the youths still shouldn’t have acted the way they did.”