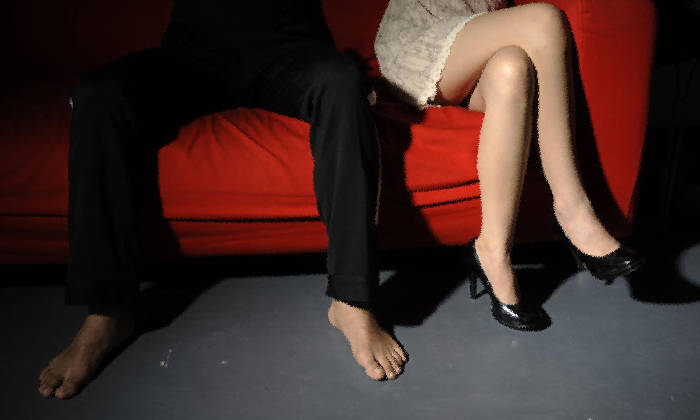 A security officer asked a woman for her phone number and she gave it to him, thinking he had a right to demand the information.

Periyasamy Kannanthen sent her text messages asking for sex, and threatened to kill her after she ignored them.

In an unrelated incident, he also sent a man a text message threatening to kill another woman.

Last Friday (June 17), Periyasamy, now 53, was sentenced to three weeks' jail and a fine of $4,000 after he pleaded guilty to two counts of harassment.

He also admitted to causing annoyance to others when he was intoxicated.

State Prosecuting Officer (SPO) Mohd Nasri Haron said that in the first incident, Periyasamy had met the woman, a 20-year-old waitress, while she was making a delivery for her workplace and asked for her mobile phone number.

She later received lewd text messages from him and told her boyfriend about them.

At around 8pm on Aug 21 last year, the boyfriend, 33, went to Periyasamy's workplace to confront him and a row erupted.

The SPO said: "The accused also took a metal stick and chased (the boyfriend) away.

"On the same day, at about 8.30pm, the accused made threatening communication to (the woman) by sending her a text which stated... 'I'm killing them and (you)'."

The boyfriend alerted the police that night.

The other incident occurred on Oct 15 last year. That day, Periyasamy reported for work as a security officer at a residential property at around 8.15pm.

Details about it have been redacted from court documents.

About 30 minutes later, an operations manager, 28, received complaints from several residents that Periyasamy appeared drunk and unstable. Court documents did not specify how the man is linked to Periyasamy.

The manager phoned Periyasamy about the matter but the older man became agitated and hung up.

At about 9pm, Periyasamy took out his uniform and burnt it on a grass patch outside the property.

He then sent a photo of the burning clothes to the manager and said he was praying for "bad omens" to go away.

The manager told him to calm down and go home, and Periyasamy left the premises minutes later.

He went to the void deck of a block of flats and started drinking beer.

At around 9.40pm, he sent the manager a text message, threatening to kill a woman, whose details were not revealed in court documents.

SPO Mohd Nasri said: "(The manager) was alarmed by those threatening words. He subsequently alerted his management and the concierge at the apartment (building) about the threat and advised them to call the police if they were confronted by the accused."

The police later clarified that no confrontation had taken place.

There was no immediate threat to life and property on the date of incident, the court heard.