Man stalks girl, breaks into flat 4 times to steal underwear and t-shirt after getting rejected 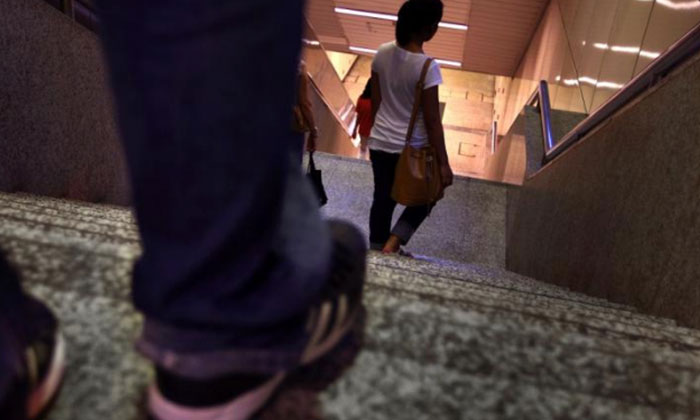 A part-time waiter stalked a 17-years-old girl and broke into her home four times with a stolen key, stealing clothes, underwear and bank statements to in hopes of ‘getting to know her better’.

The man, 24,  was sentenced to six weeks’ jail on Wednesday (Feb 28) after pleading guilty to two theft charges, and one count of stalking and trespassing, reports The Straits Times.

Six other charges for similar offences were considered during the sentencing.

He cannot be named due to a gag order placed to protect the identity of the girl.

The court heard that the man first met the girl at a fast-food restaurant in Tampines West Community Club back in 2016.

The man then approached the girl as he found her attractive.

The girl rebuffed his advances.

Since their first encounter, the man would always be around each time the girl returned to the restaurant between October and November 2016.

On one occasion, he gave her a folded origami flower.

Subsequently, the man would approach her to give her a flower when he saw her each time.

Deputy Public Prosecutor Gotham Tay said that the man’s action made the girl uncomfortable and she later got a friend to accompany her to the restaurant.

The friend told the man that the girl was attached and that the man’s actions made her uncomfortable.

However, he did not give up.

The man was passing by a Tampines void deck in mid-November 2016 when he spotted the girl leaving her flat in the same block.

He also saw her in her uniform and found out where she was studying at.

He then went up to her unit to check if she was home and discovered that someone had left a key in the front gate.

The man kept the key so he would be able to enter her flat in the future.

After the incident, the man became even more daring.

According to Shin Min Daily News, the man started stalking the girl and would wait by the lift lobby for her to appear.

Using the key, he also trespassed into the flat four times and stole some of the girl’s letter.

He got the girl’s name from the letters and tried to search for her on social media.

He could not locate her online and returned to the flat.

The man had trespassed into the flay on Nov 22, 2016, at around 3.30am, stealing a bra belonging to the girl’s 13-year-old younger sister, which he had mistaken to be the girl’s.

He was discovered lurking in the flat by the boyfriend of the girl’s sister, who had just stepped out of a room.

The man immediately fled, running down the stairs and throwing away the key.

He could have been jailed up to a year and fined up to $5,000 for stalking.

For Trespassing, he could have been jailed for a jail and fined up to $3,000.