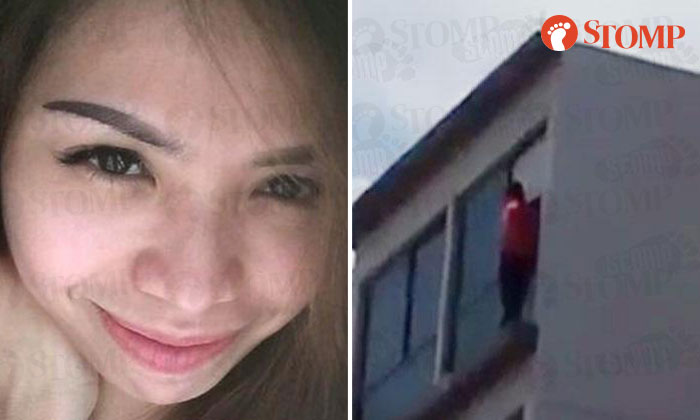 A Singaporean man killed his estranged Vietnamese wife before jumping off the eighth storey of the Silverscape condominium in Geylang Lorong 32 on Apr 30, two days before their divorce was to be finalised.

Stomp broke the news of the incident when police found Madam Ly on the ground floor of the condominium wearing only panties and covered with bruises.

Mr Cheung jumped from the building after a stand-off with the authorities.

Both succumbed to their injuries at Tan Tock Seng Hospital (TTSH).

There was speculation that the couple were having marital woes and had a fight.

It was also believed that Mr Cheung was violent towards his wife which led to her asking for a divorce.

The coroner said that Mr Cheung appeared to be stalking his wife who was living alone in the condominium.

According to Madam Ly's friend, Mr Tong Choon Peng, Mr Cheung would drive to her condo and loiter there about once a week.

He had let himself into the premises at around 11.30am on Apr 30 by reaching through a side gate to press a release button.

Coroner Bay said that there was bruising on Madam Ly's right wrist where a cable tie was found on it which was believed to have been used to restrain her.

There was also an abrasion on her back caused by impact from a long object, consistent with that which might have been inflicted by a crowbar found in her bedroom.

The coroner said that Madam Ly's death called for attention to the need to take acts of stalking with the utmost seriousness.

"Especially in the presence of acrimonious antecedent bad blood between the involved parties," he said.

He added that security processes and facilities at condominiums should be hardened and that vulnerabilities should be identified such as the one at the Silverscape which allowed an intruder to carry out his "malicious and sinister intent".