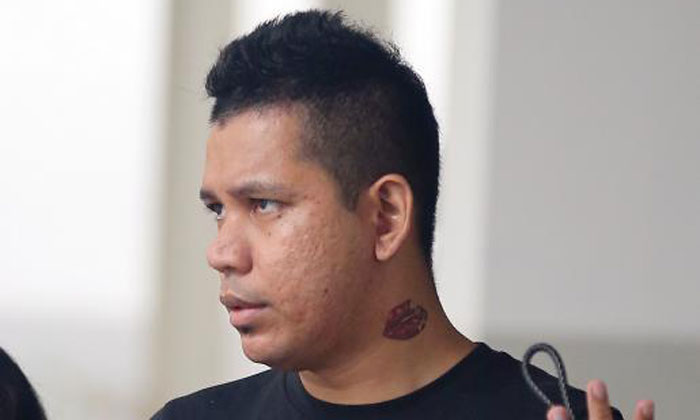 Angered that he was told to move his vehicle twice, a deliveryman alighted from his van and slapped the parking warden's helmet.

In November last year, the victim, a parking warden with Certis Cisco, was performing his parking enforcement duties at JCube shopping centre.

He saw a silver Toyota van waiting along the double yellow lines before the loading and unloading bay.

The victim approached the van and told Raafiq to move his vehicle.

Raafiq then moved his vehicle to the entrance of the loading bay.

But the victim approached him again and asked him to move his vehicle again.

Agitated, Raafiq alighted from the van and slapped the victim's helmet so hard that the helmet's visor got detached and fell to the ground.

The victim suffered a contusion on his face and an abrasion on his lower lip.

He was given three days' medical leave.

In mitigation, the defence lawyer said Raafiq is a father of four young children, and is described as a hardworking man by his employers.

His lawyer also argued that his client had committed the act on impulse. It was not premeditated and no weapon was involved.

For voluntarily causing hurt to a public servant to deter him from discharging his duties, Raafiq could have been jailed for up to seven years, or fined, or caned, or given any combination of these punishments.