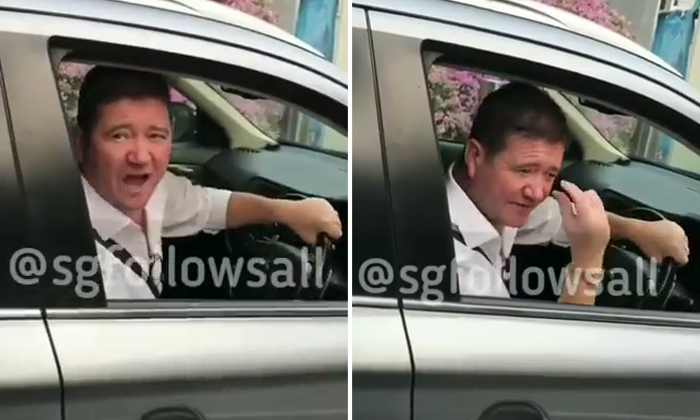 People lash out in all kinds of ways when they are hurt or angry, from name-calling to belittling the other party.

A video of a road dispute between a car driver and a lorry driver along Orchard Road has gone viral online after being posted on Facebook user Effendi Mohammed on Tuesday (Sep 24).

According to the video caption, the incident occurred at a traffic light between Takashimaya and Mandarin Gallery.

The caption also shared the lorry driver's side of the story: "Basically me and my friend work in my dad’s company and we do fire protection for a living. Then we drive a lorry to work every day.

"This fella never keep a two-car distance behind us and when we reached the traffic light, it turned yellow.

"As you know, a lorry isn’t that fast so cannot speed past. Hence, we braked and he honked at us. Then he drove beside us and started insulting and degrading us."

The video, which has since garnered over 700 shares, begins with what appears to be someone from the lorry calling the car driver a "f***ing f***face".

The latter responded with: "Wait, you see now. See what happens to you bitter lambs. Wait you see."

This led the car driver to reply: "You will always be driving a truck. You know why? Because you got this much education."

He also made a pinching gesture to bring across his point, before driving off.

Some netizens felt that the video was one-sided and that there was more to the story.

A few, on the other hand, noted that the car driver resembled English celebrity Simon Cowell.