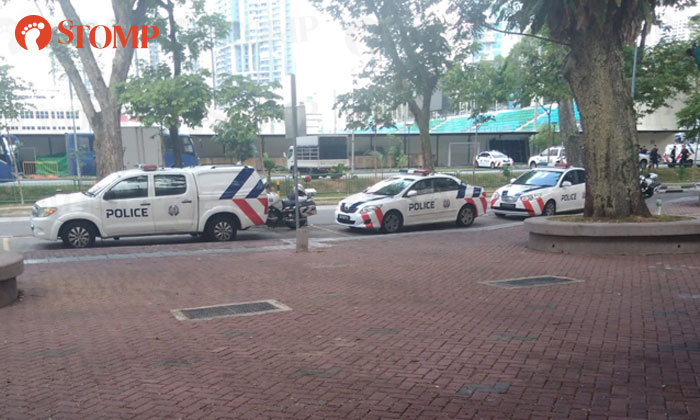 A 25-year-old motorcyclist was arrested for dangerous driving, riding a vehicle without the owner's consent, and for suspected drug-related offences on Saturday (Nov 16).

A Stomper alerted Stomp to the incident after he spotted several police cars along King George's Avenue at about 10am that day.

In response to a Stomp query, the police said that a Traffic Police officer had stopped a motorcyclist along Kallang Road towards Victoria Street at about 8.14am for checks.

"When the officer approached the rider, the rider refused to comply with the officer's instruction and sped off," a police spokesman said.

"The rider, a 25-year-old-man, was conveyed conscious to Tan Tock Seng Hospital and was arrested for Dangerous Driving, Driving Vehicle Without Owner's Consent and for suspected drug-related offences."