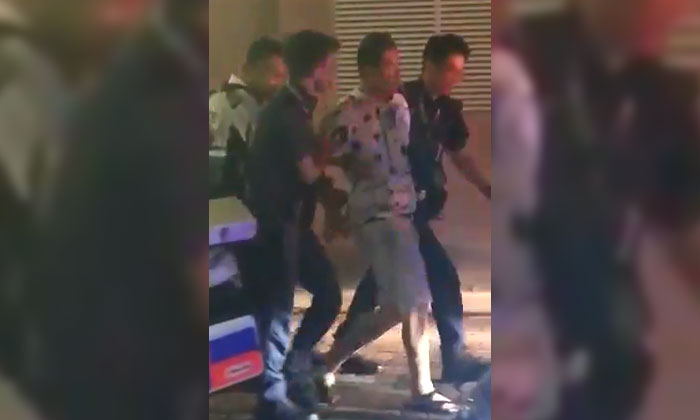 A 28-year-old man was arrested for dangerous driving and possessing duty-unpaid cigarettes after a Traffic Police chase from Lentor Avenue to Yishun Avenue 9 in the early hours of Sunday (June 2).

A video of the man being apprehended by police officers was posted on SG Kay Poh's Facebook page.

He is heard protesting as he is escorted to a police vehicle.

In response to a Stomp media query, the police said a Traffic Police Expressway Patrol Unit (TPEPU) car was travelling along Lentor Avenue towards Yishun Avenue 2 when a car travelling in front of the TPEPU car suddenly sped off.

"After a brief pursuit, the car driver stopped his car along Yishun Avenue 9," a police spokesman said.

"The car driver, a 28-year-old man, was subsequently arrested for dangerous driving and possession of duty-unpaid cigarettes."