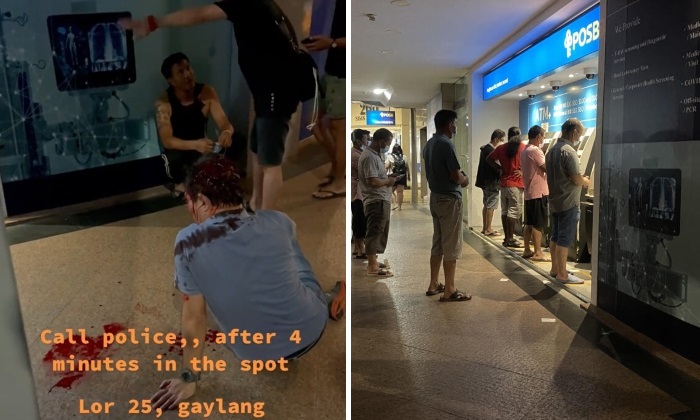 One man confronted another for taking too long at an automated teller machine (ATM), resulting in a bloody fight and police arrests.

A video circulating online shows a man with blood on the back of his head, shirt and on the ground where he is sitting. Another man is squatting nearby in a tank top that looks torn.

The incident took place on Thursday (May 12) evening.

Shin Min Daily News reported that the man in the tank top was waiting to use a POSB ATM in Geylang when he lost his patience with the man in front of him.

A shop owner told the Chinese evening daily that he heard an argument near the cash machine at the time of the incident.

He said: "When I went to look, the man in the tank top had pressed the other person down onto the ground."

In the video, police can be seen rushing to the scene. 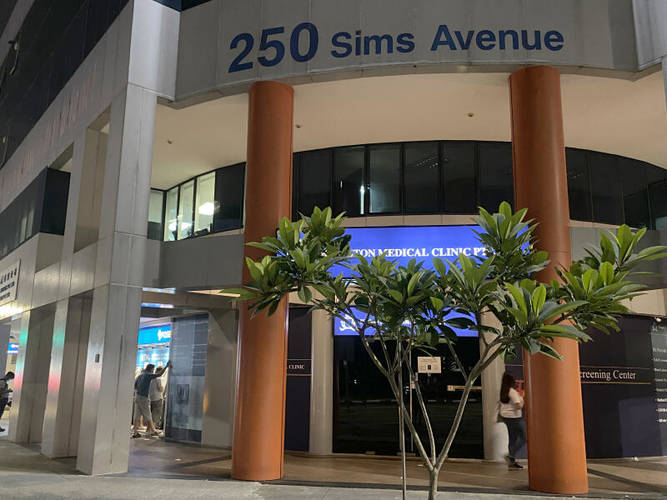 In response to a Stomp query, the police said they were alerted to a fight at 250 Sims Avenue on May 12 at about 7.55pm

Two men, aged 43 and 53, were arrested for affray. The older man was conscious when taken to the hospital.