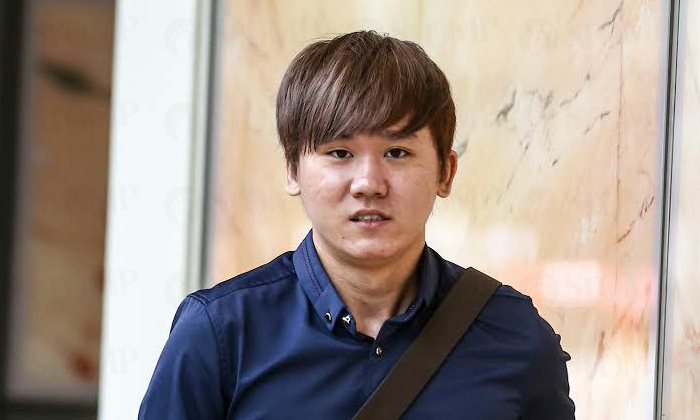 A 25-year-old man went on trial for raping a 13-year-old girl four different times as well as forcing her to take nude photos of herself and asking a friend to post them on his Facebook page.

The offences were made between November 2013 and December 2014, reports The Straits Times.

The girl, who is now 17, made a police report against the man after a collage of sexually explicit photos he had taken of her started circulating on social media.

Koh Rong Guang, who described himself as self-employed, faces 12 charges in total - four of statutory rape, one of sexual assault by penetration, three of criminal intimidation, two of committing an indecent act with a young person, one of causing hurt and one of circulating a nude photo of the girl.

The girl got to knew Koh through a mutual friend, 16-year-old Fu Yiming.

Yiming was part of a group led by Koh that used to hang out at the Lot 1 shopping mall and the adjacent Choa Chu Kang Centre, which they dubbed "Lot 2".

Prosecutors said that the girl will testify that in late 2013, Koh had accosted her when they were at the karaoke outlet at Choa Chu Kang centre and then raped her at the staircase.

Several weeks later, Koh had allegedly isolated her from the group at the staircase and threatened her by using a spanner to hit the wall near her face. He then allegedly forced the girl to perform oral sex on him and raped her.

He also allegedly forced her to strip and took a photo of her in the nude, which he sent to Yiming via WhatsApp.

The third incident occurred at Block 672A of Choa Chu Kang Crescent, where Koh had raped her at the staircase. After he was done, he had allegedly told two youths who were part of the group to have sex with her, to which they declined.

In the last incident on Jan 24, 2014, Koh had contacted the girl and asked her to meet him.

She asked Yiming to accompany her, fearful of what Koh would do to her. When they met at the staircase of Block 672A, he threatened them with a brick and began assaulting Yiming.

The girl then followed Koh to another floor, where he raped her. He then made the girl and Yiming pose in a sexually explicit manner and took photos of them. He later forwarded a collage, comprising three photos of the incident and one photo that identified to the girl, to a friend. He told the friend to post it on his Facebook page.

The girl started testifying on Jan 16 behind closed doors. The trial is scheduled for eight days.

For statutory rape, Goh could face between eight and 20 years' jail and at least 12 strokes of the cane.

Related Stories
Man started nearly decade-long sexual relationship with 15-year-old who became his stepdaughter
24-year-old SAF regular jailed for sex with 13-year-old girl: They were found by her parents
LTA security auditor jailed for 15 years for having sex with 15 boys, mainly in JCube toilet
More About:
sex
Rape
nude
Courts and Crime