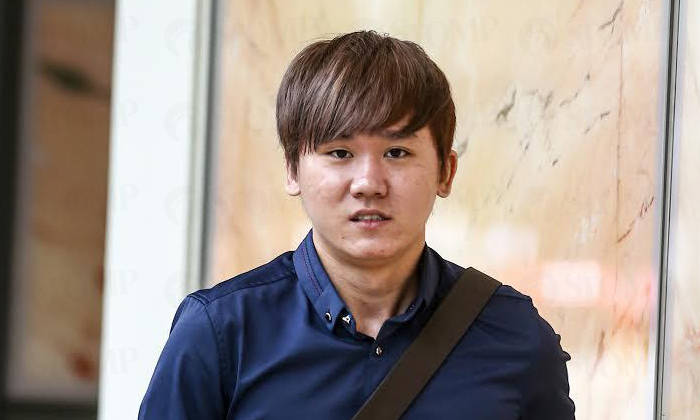 A former gang leader who is now on trial for raping a 13-year-old girl four times denied on Tuesday (Jan 23), that he had ever laid a finger on her.

According to The Straits Times, Koh Rong Guang, also known as Charles, told the High Court, "I did not touch her."

The former leader of a now-disbanded youth gang was taking the stand to give his version of events for the first time on the fifth day of his trial.

He said the girl made up the allegations because she wanted to get him into trouble for posting photos of her in sexually explicit poses with his "best bro" in the gang, 20-year-old Fu Yi Ming.

Koh also denied taking a nude photo of the girl, claiming that one of the boys she had slept with had sent it to him.

The 25-year-old said that he had told someone else to upload the photos, which later went viral, to shame Fu for ratting him out to the police in a rioting case.

He also said that he did not like the girl, whom he described as a "stranger" and a "slut" who tried to get close to Fu even though he had a girlfriend.

Koh is accused of pinning the girl down and raping her on one occasion in late 2013.

However, he said that the incident never occurred.

Koh and his then-girlfriend had instead confronted the girl for badmouthing Fu's girlfriend, he said.

He added that his then-pregnant girlfriend, now estranged wife, slapped the girl who cried and left.

Prosecutors, however, accused Koh of using the girl, now 17, as a "sex toy".

Deputy Public Prosecutor David Khoo, with reference to an exchange of text messages between Koh and Fu, told the court that in the lead-up to one of the incidents, Koh had told Fu that "whatever I want (to) do to her you cannot interrupt".

DPP Khoo contended that the text messages showed that Koh had the intent to have sex with her.

DPP Khoo also said that Fu and two other youths had supported the girl's testimony that Koh had sex with her.

Fu had previously testified to the High Court that he felt helpless at being unable to stop his leader from repeatedly raping a 13-year-old girl who was his friend.

The prosecutor asked if Koh was saying that the four witnesses had met and agreed to say the same thing.

"Yes. This is what we did in the rioting case," Koh replied.

Koh currently faces 12 charges - four of statutory rape, one of sexual assault by penetration, three of criminal intimidation, two of committing an indecent act with a young person, one of causing hurt and one of circulating a nude photo of the girl.

The girl made a police report in July 2014 after the sexually explicit photos trended on social media platforms.

On Tuesday, Koh denied taking these photos, saying he was not at the scene.

He said Fu was the one who sent him the pictures, which he assumed had been taken with a self-timer.

He also told the court that he was not calling his estranged wife and other witnesses to support his account, saying that he was now on "bad terms" with everyone.