Man posed as female medium to dupe two girls, aged 11 and 12, into sending him nude videos 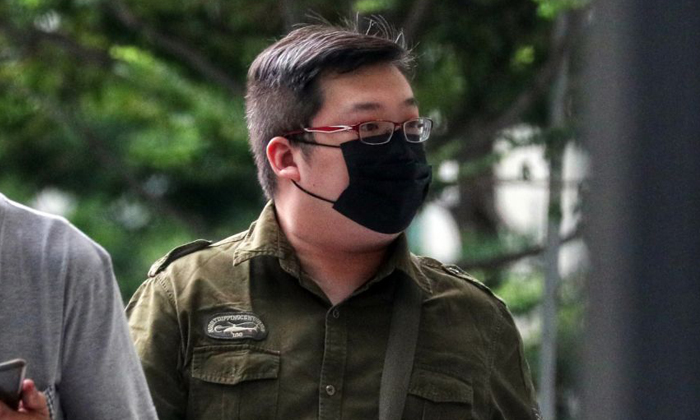 A Singaporean man with paedophilic disorder posed as a female spiritual medium online to dupe two young girls in Taiwan into sending him their nude videos.

Lee Wei Ming claimed that he could sense evil spirits around his victims, who were 11 and 12 at the time.

He told the girls to send him their nude videos on the pretext that "she" could exorcise or dispel the supernatural entities.

Lee warned the pair that that they would "suffer bodily harm" if they refused to comply.

The 34-year-old was on Tuesday (Nov 9) sentenced to five months' jail after he pleaded guilty to three charges under the Films Act involving nearly 2,000 obscene videos.

"She" would then introduce the girls to a spiritual medium - an elderly woman.

It was not stated in court documents when Lee reached out to his victims online.

The prosecutor added: "The accused, through the persona of (the medium), would then request the victims to send photos and videos of the victims naked... on the pretext that the elderly lady could exorcise or dispel the evil spirits or bad aura.

"(By pretending to be the medium) the accused would... inform the victims that the videos would be deleted immediately after viewing."

The two minors later sent him a total of 10 videos of them in the nude.

The court heard that Lee used the clips for his sexual gratification.

His offences came to light when the girls realised that they had been lied to and alerted the Taiwanese police. Court documents do not mention how they finally sensed that something was amiss.

After officers found an IP address that was traced to Singapore, they contacted their counterparts here on June 4, 2019, the court heard.

The police here tracked down the IP address to Lee's home in Jalan Jurong Kechil.

They arrested him there on Oct 24 that year and seized items including multiple computer devices.

The Infocomm Media Development Authority analysed the devices and found that they contained nearly 2,000 obscene videos.

They included clips from Lee's victims in Taiwan.

His bail was set at $15,000 on Tuesday and he was ordered to surrender himself at the State Courts on Nov 16 to begin serving his sentence.

For each count of being in possession of obscene films, a first-time offender can be jailed up to a year and fined up to $40,000.

A repeat offender can be jailed up to two years and fined up to $80,000 for each charge.

Related Stories
NUS grad who installed pinhole camera in male toilet of gym gets 6 months' jail
Repeat offender back in jail over upskirt videos of schoolgirl, 13, and woman, 27
Man molested 11-year-old girl in AMK Hub cinema, got her to send him nude photos
More About:
lewd
pervert
court
underage