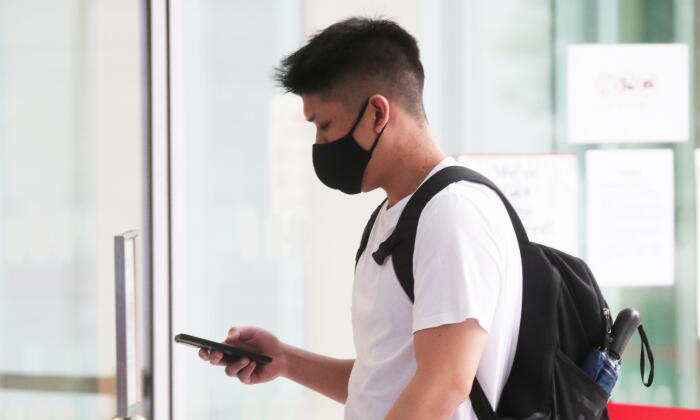 He installed a pinhole camera disguised as a hook in a male toilet at an Anytime Fitness gym in Hillview Rise to film men urinating.

When he realised that his device had been discovered by a cleaner and kept in an office, he waited at the 24-hour gym for four hours for an opportunity to retrieve it.

Sean Lee Yang, 27, who was unemployed at the time after graduating from the National University of Singapore (NUS), was sentenced to six months' jail on Thursday (Oct 14) on two charges - one for destroying evidence to be used in court and the other for installing equipment used to commit an offence.

Around two weeks before the incident in August last year, he had purchased a spy camera disguised as a clothing hook from e-commerce site Lazada, according to court documents.

He planned to use it to covertly film men urinating as he had a fetish for such videos. The camera had a memory card slot to enable recordings to be downloaded.

He would head to the gym at HillV2 mall at different times of the day, up to three times a week, to install the camera in the men's toilet without being discovered.

While changing into his workout attire, he would plant the device under the hand dryer, pointing the camera at the urinals.

After working out, he would retrieve the camera and check the videos at home, keeping those that captured male genitals, according to court documents.

"He then viewed the videos for his pleasure," said Deputy Public Prosecutor Heershan Kaur. "The accused person had been doing this for some one to two weeks."

But on Aug 10 last year, a gym cleaner discovered the clothing hook below the hand dryer and grew suspicious.

He turned it around and realised that it was a camera equipped with an SD card and a USB port in the hook.

While exercising, Lee noticed a staff member holding his device and placing it in the staff office.

Desperate to retrieve it, he remained in the gym from around 10.30pm to 2.30am, intermittently exercising while waiting for a chance to sneak into the office.

When the coast was clear, he entered the office, took the device from a drawer and left the gym.

Afraid that the footage would be used against him in court, he threw the camera and the memory card into a rubbish chute at his block in Segar Road in Bukit Panjang.

The incriminating videos were never recovered, according to court documents.

But closed-circuit television cameras had caught Lee entering the gym's office and the male toilet, and the gym manager reported this to the police.

Defence lawyer Johan Ismail said in mitigation that this was Lee's first offence and he regretted his actions. The lawyer added that his client had just graduated from NUS.

DPP Kaur urged the court to sentence Lee to seven to nine months' jail. She said that while Lee was a first-time offender, this was not a one-off incident.

There were multiple victims involved since the offence was the last in a routine spanning one to two weeks, she added.

She stressed that voyeurism remains a pressing concern in Singapore, with such acts being aided by technology.

"A clear signal ought to be sent to society that such depraved conduct and attempts to thwart justice will attract the strictest penalties," said DPP Kaur.

For committing an act of voyeurism and destroying court evidence, Lee could have been fined and jailed for up to two years for each offence.