Man's $112 durian experience shows you why you need to check what you're paying for... before eating 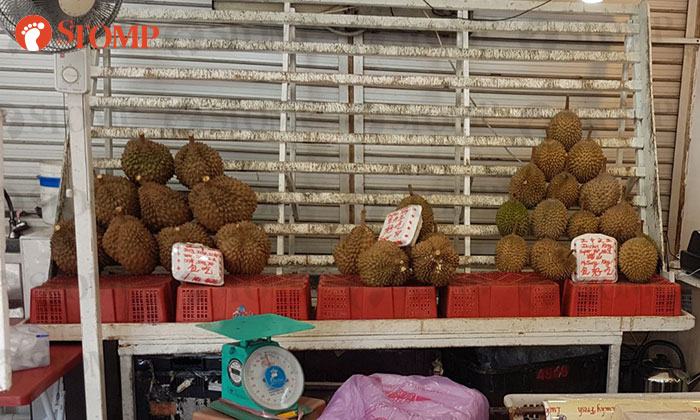 Stomper Desmond and his friend were shopping along Bugis Street on Monday (Sept 4) at around 4pm, when they came across a fruit stall.

Deciding to indulge their durian cravings, the two approached a seller and asked for the rates of Mao Shan Wang durians.

According to Desmond, the seller seemed hesitant to reply.

After much prodding, the seller finally told him it was $45.

However, Desmond admitted that he did not clarify whether the price was for one durian or was it based on weight.

Desmond and his friend then ordered one fruit and sat down.

Despite their initial orders, they were served two fruits instead.

Desmond then complained to the staffer that they had only ordered one fruit, but after his pestering, decided to pay for the additional durian as well.

When the two finished eating their durians, they were presented with a $112 bill.

Desmond asked the seller why it was so expensive, but was told that the charges added up, with each kilogram of durian costing $45, contrary to his assumption that the price was for one fruit.

“The price was stunning.

“We could have gone for a buffet instead!

“I know Mao Sha Wang durians are expensive, but this is sky-rocket high.

Related Stories
65-year-old man gives out $5,000 worth of durians to customers -- on his birthday
Redhill resident calls police after paying salesman $188 for 'tasteless' durians
Chinese woman devours two durians on the spot after being stopped from taking the fruits on the train
More About:
durians
Bugis Street
expensive
Mao Shan Wang