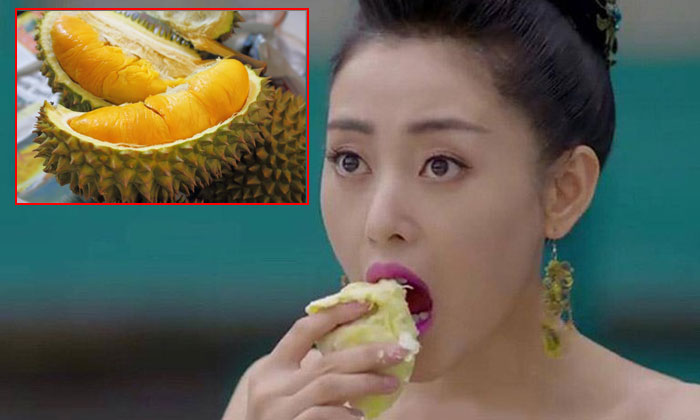 If there is anything you should know about traveling on the trains in China, never travel with a durian.

Not many there are accustomed to the fruit's heavy odour, unlike us here.

A Sichuan woman was stopped from entering a railway station in Chengdu on Sunday (Jan 15) because of the two heavily fragrant fruits she was carrying along with her.

The security officers informed the distraught woman that due to their strong odour, durians were not allowed on trains in China.

The woman was disappointed upon hearing this as she had travelled all the way from her hometown (where they sold no durians) and was looking forward to sharing the exotic fruit with her loved ones, reported Sichuan Online via Shanghaiist.

But ofcourse she could not allow her self to let the two perfectly good durians go to waste.

Instead, she began opening up the prickly fruits with her bare hands and then c=gobbling up the tasty flesh inside -- on the spot.

Knowing that her stomach was not equal to the task, she invited passersby to have a bite or two as well.

Eventually, the durians were no more and the woman passed through the security check with ease.

While some enjoy the sweet taste of Southeast Asia's "King of Fruits," many find the smell simply unbearable.

Well, the more we know!