Man jailed for role in misappropriating over $461,000 of investment funds 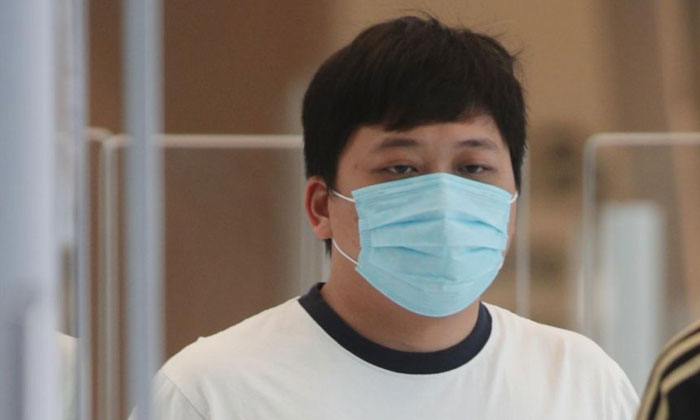 One of the men involved in a case of misappropriating more than $461,000 entrusted to investment companies was sentenced to 1½ years' jail on Thursday (Aug 5).

Loh Zhi Xiang, 31, pleaded guilty to two counts of criminal breach of trust and a charge related to acquiring, possessing, using, concealing or transferring the benefits from criminal conduct.

Loh had used part of the criminal proceeds to pay for a car for his personal use, the court heard.

A co-accused in the case, Mark Cheng Jin Quan, 33, made headlines in January last year when he was kidnapped in Thailand while out on bail.

He claimed his kidnappers had tortured him and demanded he pay his own ransom of US$500,000 (S$675,000) in Bitcoin, but he managed to flee his captors.

Cheng is alleged to have conspired with Loh to misappropriate more than $320,000 belonging to their company Zabel Global Investments.

One of the charges relates to $138,100 of this amount, which he deposited into a bank account he shared with his mother and used to pay for an Audi A6.

Loh sold the car in late-2014 and kept the sale proceeds.

In August 2013, Loh, Cheng and a third man, Mr Peh Wei Siang, set up Zabel Global Investments. Loh was its director and in charge of administrative matters.

In May 2014, Loh and Cheng conspired to dishonestly take $323,052 in investment funds for themselves.

The offences came to light when brokerage firm UOB Kay Hian lodged a police report against Zabel, Prive, Mr Peh and the two accused in July 2014. Mr Peh is not a co-accused in this case.

After the Commercial Affairs Department started investigations, Loh returned the $133,500 to the investors' fund, and Cheng returned the $37,875 he had taken, but the amount paid out to Ms Chow was not returned.

In mitigation, Loh's lawyer, Mr Derek Kang, said his client had made extensive attempts to make full restitution of the losses caused.

According to records from the Accounting and Corporate Regulatory Authority, Prive has been struck off the register of companies and Zabel could not be found.

For criminal breach of trust, Loh could have been jailed for up to seven years and fined.

For acquiring, possessing, using, concealing or transferring benefits from criminal conduct, Loh could have been jailed for up to 10 years and fined up to $500,000.

Loh will begin his sentence on Oct 4.