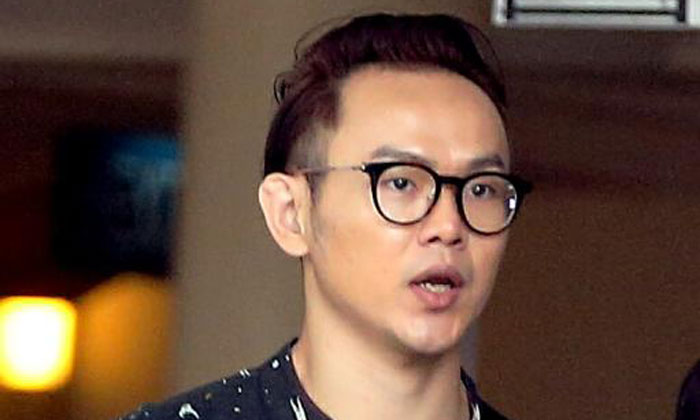 Upset that he was not showered with enough attention by his partner, a man accused his boyfriend of drugging and raping him.

Indonesian Fredy Kosman Kwee, 34, called 999 three times, resulting in police officers being dispatched to a Housing Board flat in West Coast based on the false information about his partner.

For making a false police report, the Singapore permanent resident was sentenced to five days' jail on Monday (Nov 18).

The court heard that on Jan 2 this year, Kwee, a McDonald's employee, called the emergency hotline at around 6.15pm claiming that there was a fight going on in a unit at Block 702 West Coast Road.

Within 30 minutes of the first call, Kwee called 999 twice more and asked for more police officers to be dispatched to the location, alleging that someone had tried to drug and rape him.

At 9.15pm, Kwee told Senior Staff Sergeant Loh Chee Wee from Clementi Police Division Headquarters that he had been drugged and raped by his partner, Mr Lui Cheng Kiat, 50.

He claimed that Mr Lui had covered him with a pillow case, pinned him down and force-fed him a pill while he was sleeping, causing him to lose consciousness.

Kwee falsely asserted that he had felt giddy when he regained consciousness at around 4.30pm, Deputy Public Prosecutor Seah Ee Wei told the court.

As a result of Kwee's statement, SSS Loh then began investigating Mr Lui for offences under the Penal Code and the Misuse of Drugs Act, which Mr Lui denied during interviews.

When the police officer checked CCTV footage of the vicinity, he found that Mr Lui had not entered the flat in the afternoon, contrary to Kwee's allegations.

When the police officer told Kwee about this, the latter maintained that Mr Lui had indeed drugged and raped him.

He only later retracted his statement and admitted to lying about the allegations when SSS Loh told him that another officer from the Specialised Crime Branch would arrive soon to interview him.

Kwee said he had given false information because he was stressed about being diagnosed with a life-threatening condition and felt that Mr Lui was not showering him with enough attention.

On Monday, Kwee's lawyer Malcolm Tan urged the court to either impose a fine or a very short jail term of one day and a fine of $2,000.

Mr Tan told District Judge Marvin Bay that his client had been suffering from amphetamine induced psychosis at the time of the offences, which led to a confused state of mind even after he was arrested.

Kwee, who was previously convicted for consuming the drug "ice" in 2016, has also stopped abusing drugs with Mr Lui's support, said Mr Tan. The couple has also reconciled after the incident.

In his sentencing remarks, District Judge Bay said Kwee should realise that offences of this nature are taken "very seriously", as there can be dire consequences from false reports of sexual and drug-related crimes.

"In such cases, there is every chance that the unwitting and completely innocent victim would have been arrested and held in remand while investigations were underway," he said, adding that it was fortunate that the CCTV footage had exposed Kwee's allegations to be fabrications.