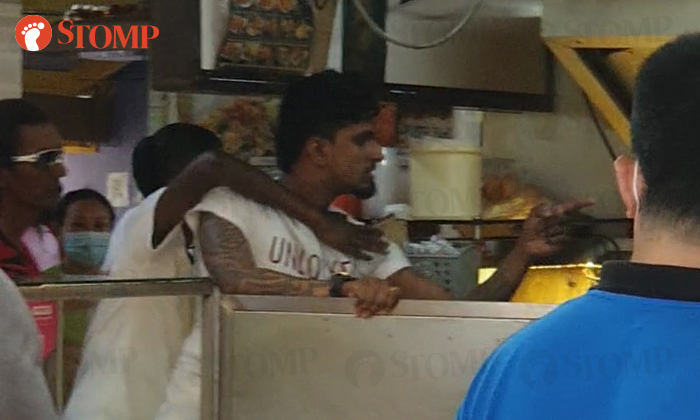 A man was caught on camera hurling vulgarities at a stall vendor during a dispute in Yishun.

Stomper Anonymous witnessed the incident at the S-11 coffee shop at Block 744 Yishun Street 72 on Sunday (Sep 12), at around 2pm.

Anonymous, who shared a video of the incident, said: "The reason for the dispute is unclear, but it can be seen in the video that the man was shouting and looked like he was about to start a fight. However, I did not see him hit anyone physically.

"The whole incident was quite short and lasted around 10 minutes or less.

"The police came after the man left."

In the video, the man can be seen shouting loudly and gesturing angrily at someone while another man tries to hold him back.

Stomp understands that the issue was resolved among both parties.