Men argue over car engine left running at Sixth Avenue: "Did you take your theory test?" 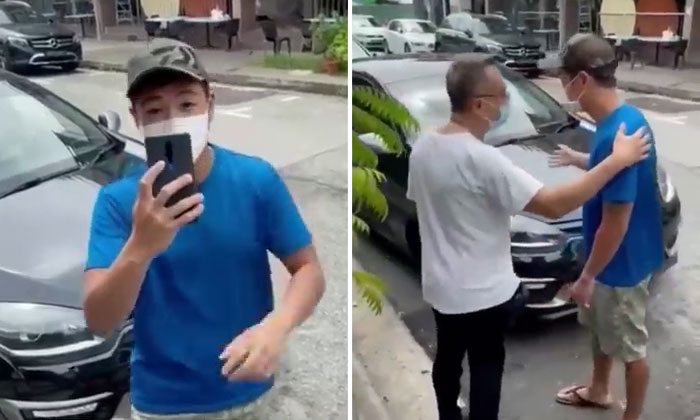 Two men were involved in an argument over a car's engine that had been left running while parked along Sixth Avenue.

A video of the incident was posted on SG Road Vigilante's YouTube page and showed a man recording another man who was taking a video of him.

The man taking the video is heard admonishing the other for leaving the car's engine running and tells him he cannot do that.

The man wearing a cap then challenges him and says: "Who says that?"

The other man asks him: "Did you take your theory test?"

The younger man argues: "There's nothing in the law that says we cannot run the car."

He then admits that he does not have a driving licence and another bystander tells him to "go ask the driver."

According to the caption the incident happened on July 20th next to a coffee shop.

Under the Environmental Protection and Management (Vehicular Emissions) Regulations, it is an offence for the driver of a motor vehicle to leave the engine of a vehicle idling while it is stationary, for reasons other than traffic conditions.