2 men assisting with police investigations into Punggol fight: 'I'm gonna sue your a** off!' 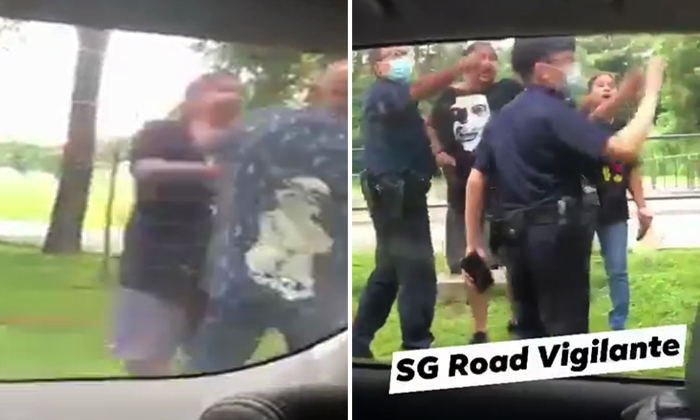 Two men, aged 38 and 51, are assisting with police investigations into a case of affray that occurred along Punggol Way on Monday (Aug 23).

In response to a Stomp query, the police said they were alerted to a fight at 1.30pm.

No conveyance to hospital was required.

Facebook page SG Road Vigilante posted a video of the incident, showing two men in a heated argument and swinging punches at each other.

One of the men can be heard telling the other, "I warn you next time don't disturb my son."

The man is later heard saying, "This is not over. I will f***ing sue you," and that he wants to "press charges".

Police officers at the scene can be seen trying to calm the shouting man down.