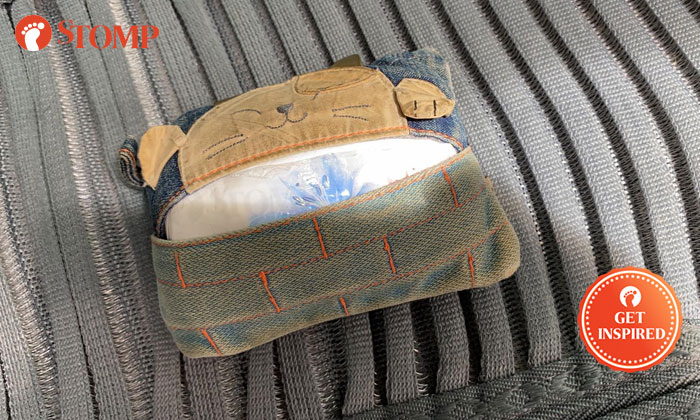 Stomper Fotomaster was incredibly grateful to the kindness of a stranger who went the extra mile to return him his pouch he had left behind at the Beach Road Army Market on Sunday (Jan 5).

He had visited the market to have lunch and only realised his pouch was missing later at night.

He said it contained his credit cards, thumb drive, micro SD card among other personal items.

"I returned to the market the next morning to ask around for it but couldn't find it," he said.

"On Tuesday (Jan 7), I received a call from Tanjong Pagar Community Club that someone had returned my pouch.

"I was told she brought it to Tiong Bahru Community Centre and it was later transferred to the Tanjong Pagar branch.

"She must have seen my grassroots organisation card and decided that was the best place to return it."

The Stomper told Stomp he offered to give the kind woman a reward or to treat her to coffee but she declined.

"I would like to personally thank Ms Evenly for returning my pouch with all the contents intact," he said.

"I really appreciate such honest people with integrity.

"Personally, I want to give my heartfelt thanks to you, Evenly."