Man disappointed as teens puff away in Keat Hong Park: 'It's prohibited!' 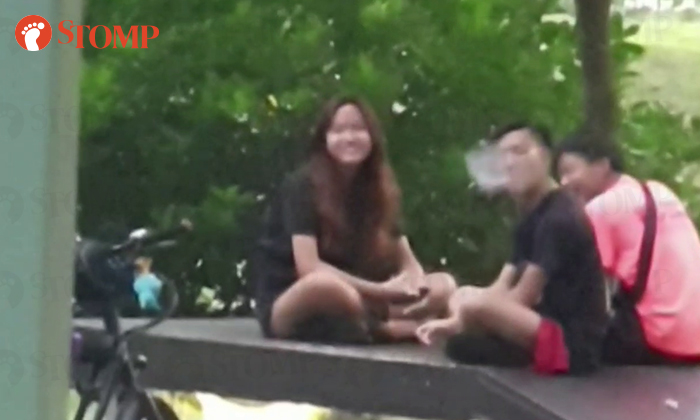 A man was disappointed when he saw two teenagers smoking in Keat Hong Park at about 4pm on Wednesday (Dec 11).

Stomper Wee took a photo and videos of the teenagers and shared them with Stomp.

He told Stomp: "I live near Keat Hong Park and was bringing my five-year-old grandchild to a playground there.

"Two of the three teenagers were smoking there for about 20 minutes.

"I saw many parents bring their children to another area of the park to play due to the teenagers' inconsiderate behaviours.

"I brought my grandchild away as we didn't want to smell the smoke. We only stayed in the park for half an hour."

Two boys can be seen smoking from Wee's video.

The Stomper added: "These teens were brazenly smoking in the park where children were playing nearby.

"They could have just walked to the roadside, which is about 20 metres away, to smoke. Smoking in the parks is prohibited!

"I feel disappointed that these young people are so irresponsible.

"I'm not sure if anyone approached the teenagers about this.

"I didn't speak to any of the parents there about the teenagers either."

According to the National Environment Agency, smoking at parks in public housing estates is prohibited.