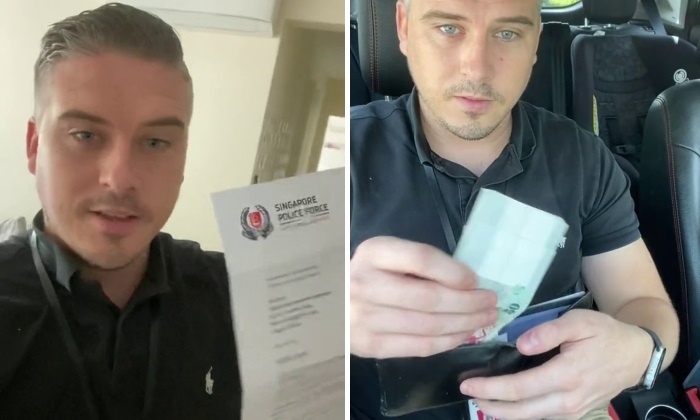 When Mr Christopher Henderson lost his wallet containing $500, he probably thought he would never see it again.

But 10 days later, in a TikTok video posted on Thursday (May 26) showing him holding up a letter from the police, he said: "Now, just received a letter from Singapore Police that they have items of mine. 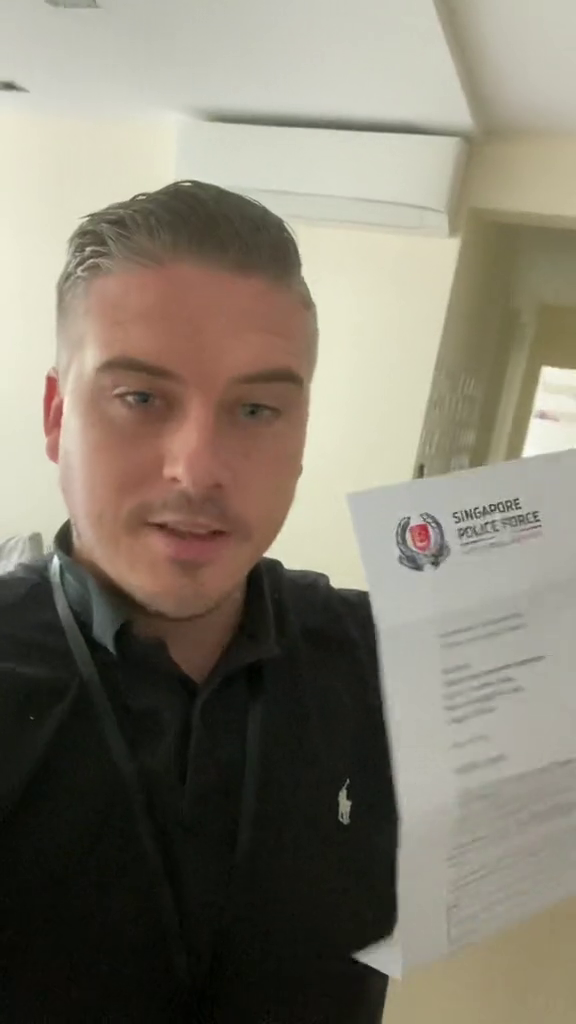 "So we're going to go and check to see if Singapore lives up to its name and has my wallet which contains $500 of cash in it. So let's see if Singapore has those honest people that they always go on about.

"I’m hopeful. I’m really really hopeful. I need this money back. $500 is a lot of money to lose and it’s not usual for me to have it in my wallet. Not usual at all. Maybe maximum $100. But on this occasion, I lost it.

"I’ve got baby coming in September. I need the money. So let's see."

Would his hopefulness be justified? Or would it be crushed by reality?

The video then cuts to Mr Henderson in a car.

He said: "So I’ve been to the police station, got through the items that have been handed in."

He held up an acknowledgement slip from the police listing the items:

Mr Henderson then took out the cash from the wallet and counted the money, saying: "Look, $460 still in my wallet got handed in the police station, which is unbelievable. My wallet was lost." 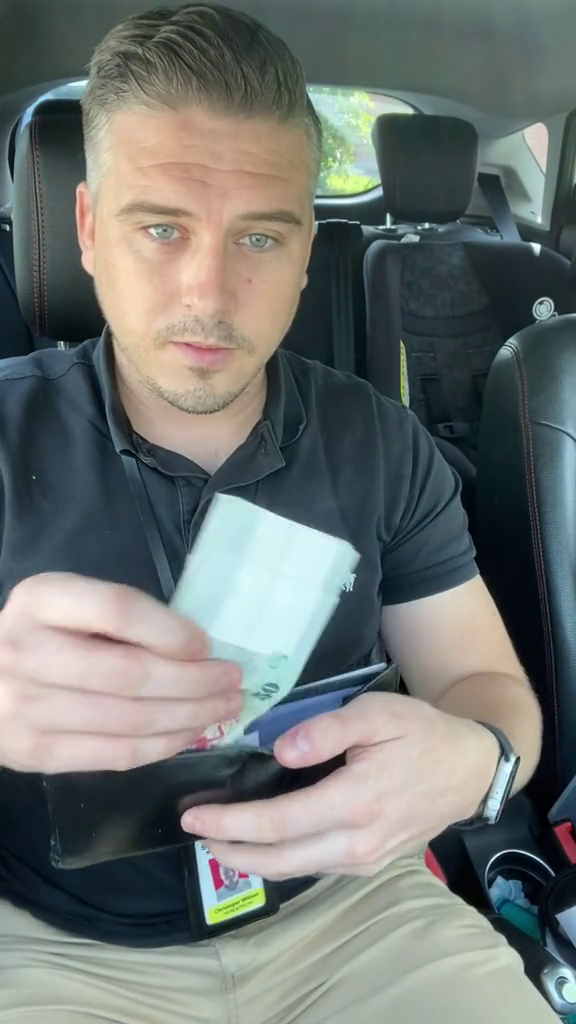 Putting the bills back into the wallet, he continued: "So please, whoever handed it in, thank you so much and I hope you get good karma for you and your family. If only I had your name and number, so I could give you some sort of compensation and thank you.

"But this is Singapore all over. The honesty of the people all being on the same wavelength and they’re not being that criminal sort of mindset of 'I’ll take the money and throw the wallet'.

"Whoever it is - security guard, taxi driver, waiter, waitress, just someone walking in the street or something, I don’t know who you are, but thank you so much because I need that money back.

"It’s a big lesson learned for myself and hopefully, others can be in that same mindset of helping one another.

"So thank you very much, God bless you and your family, whether you’re Indian, Bangladesh, Singaporean or from the UK, really thank you. If only I could take you for a beer or a coffee.

When a commenter on TikTok pointed out that not all $500 was returned, Mr Henderson replied: "Haha it’s possible I spent it before I lost it but I was drunk. If the person used it towards taxi or dinner I’m also happy for them."

It's easy to understand why he is happy despite not getting all his money back. After all, $463.40 is a lot better than nothing.

The video has close to 50,000 views and has inspired netizens to share their own stories of recovering – or not recovering – items that they lost.

Most of Mr Henderson's other Tik Tok videos are of his wife and 18-month-old son.

His LinkedIn profile says he is a site manager with Mun Siong Engineering Limited and has been with the company since 2018. He was educated in the United Kingdom.