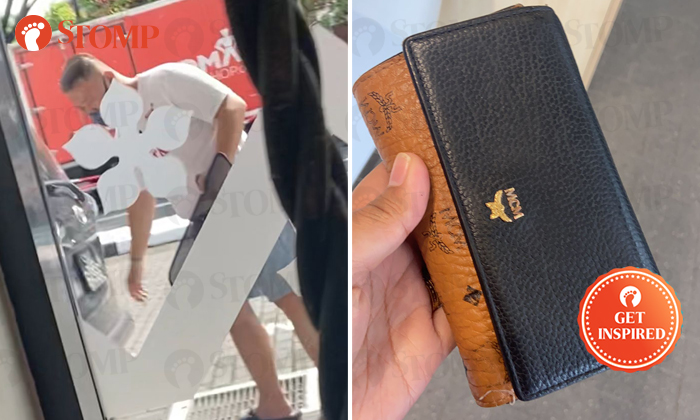 A woman was unaware that she had lost her wallet in a car — until her driver showed up at her workplace to return it.

Stomper Irnl had boarded a Gojek ride from Teban Gardens to her workplace in Bukit Batok on Monday morning (Sep 20), at around 7.30am.

She said: "I did not realise that my wallet had slipped out from my bag and gotten left behind in the car.

"Two hours later, my colleague called me saying that there was a driver here at the entrance to return my wallet. I was trying to process and figure out how did I not realise this.

"It was sincerely kind of Mr Low Check Tian to drive all the way back to my workplace just to return my wallet! I went down to collect it and personally thanked him for his kind gesture.

"I wanted to repay him (I did not have any cash on hand and thought of transferring him a token sum), but he firmly declined and said it was lucky that another passenger had found the wallet and passed it to him.

"I would like to sincerely thank Mr Low for his generous gesture, and for taking his valuable time to drive back and return my wallet, especially since every second is really valuable for drivers.

"Feedback has been submitted to Gojek and I hope they will give him (and any driver who perform a kind act like this) a recognition or appreciation. Thank you again, Mr Low!"