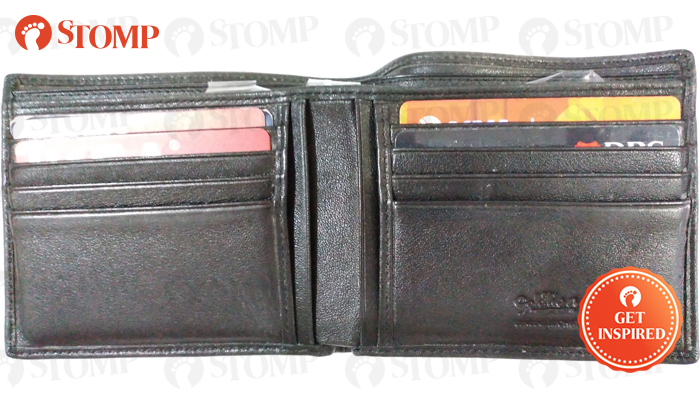 A man was reunited with his wallet thanks to a Good Samaritan.

Stomper Ah Hock said he only realised his wallet was missing on Monday (Aug 16).

He shared: "I was preparing to go to work and couldn't find my wallet. I believe I dropped it on Sunday when I went to a neighborhood hardware store in Commonwealth Crescent to buy some plastic sheets.

"Upon Monday's discovery, I quickly called the neighborhood police post, who directed me the the lost and found hotline.

"I then suddenly remembered someone knocking on my door on Sunday, but did not answer as I was busy fixing the toilet."

The Commonwealth Crescent resident said it occurred to him that someone might have found his wallet and placed it in his letterbox.

He added: "Lo and behold, my wallet was there!

"I'm super thankful and grateful for the honest person who found and returned my wallet. God bless you and your family.

"My wife lost an inexpensive mobile phone at Commonwealth Crescent Market and Food Centre before in the past. We couldn't find it and no one returned it.

"Not everyone is honest and kind to return lost items, so, thank you again."

Related Stories
SBS Transit bus captain goes above and beyond by giving $10 to senior citizen who forgot his wallet
Stomper thankful to stall owner for treating her kids to satay at Makansutra Gluttons Bay
Family buys cold drinks for workers at Bukit Panjang
More About:
kind
inspiring
heartwarming