Man arrested after throwing stools, hurling vulgarities at SDAs who advised him to wear mask properly 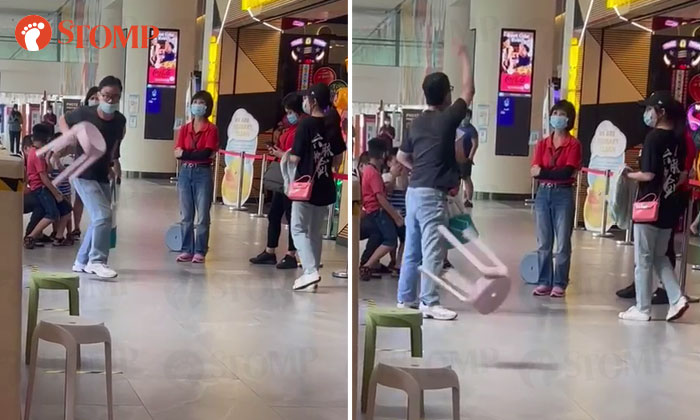 A 40-year-old man was arrested after he allegedly shouted vulgarities and threw stools at safe distancing ambassadors (SDAs) when he was advised to wear his mask properly at AMK Hub on Sunday (Oct 24).

Stomper Elizabeth alerted Stomp to the incident and shared a video of the man shouting at an SDA while holding a stool outside Sunshine Childhood Playland.

"He threw a stool at an ambassador when they asked him to put on his mask properly," she said.

"After that, I went to ask the guy to move away after another parent tried to stop this.

"My child was standing scared in a corner with her hands over her ears."

Elizabeth also shared a photo of police officers speaking to the man. 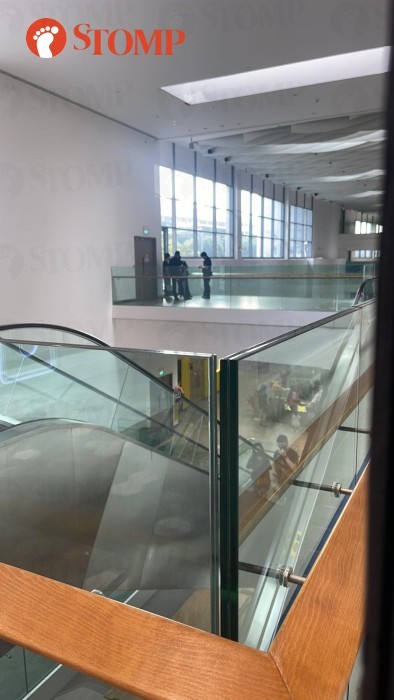 In response to a Stomp query, the police said they were alerted to a case involving two SDAs and a 40-year-old man at 53 Ang Mo Kio Avenue 3 at around 3.40pm.

"The man had allegedly shouted vulgarities at the SDAs when he was advised to wear his mask properly," a police spokesman said.

"The man also purportedly swung and threw stools in their direction.

"The man was arrested for rash act."

The police added: "The government takes a serious view of any abuse of safe distancing personnel and will not hesitate to take firm action against perpetrators.

"Our SDAs and Enforcement Officers are working hard to keep our community safe and are performing an important duty.

"We urge members of the public to cooperate with them and comply with the prevailing measures to help curb community transmission of Covid-19."