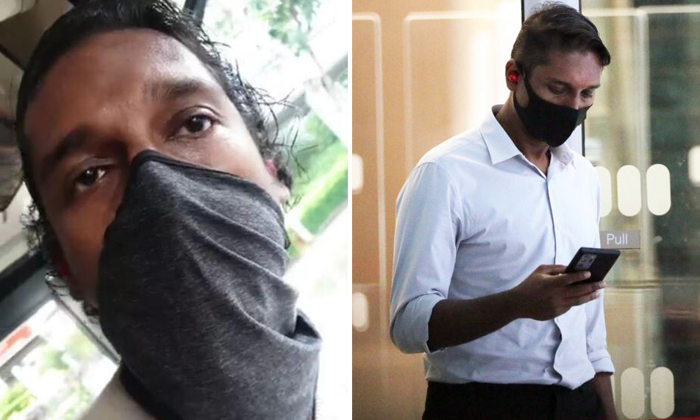 A man who used xenophobic language and live-streamed a confrontation with an SBS bus driver to embarrass him pleaded guilty on Wednesday (Sept 1) to a harassment charge.

SBS bus driver Xu Bo, a Chinese national, had stopped Nimal De Silva from boarding the bus because he was wearing a neck gaiter over his mouth instead of a proper face mask.

Unhappy, the Singaporean, now 44, boarded the bus anyway and confronted the 55-year-old driver.

He then used vulgar language and hurled racially charged insults at the driver while live-streaming the incident on Facebook.

The incident happened at around 6pm on Aug 19 last year.

De Silva was at a bus stop along Nicoll Highway when he tried to board service 196 while donning the gaiter - a piece of clothing worn around the neck for warmth.

Deputy Public Prosecutor Cheah Wenjie said the victim refused De Silva entry because he was unsure if the gaiter was compliant with SBS Transit's mask-on policy aboard buses.

"At the same time, the victim contacted the SBS Transit operation centre to seek clarification on whether the neck gaiter was compliant with SBS Transit's mask-on policy aboard buses," added the DPP.

Unhappy, De Silva used the door cock button outside the bus to open its doors and boarded the vehicle before starting the live stream.

DPP Cheah said that throughout the confrontation, the victim, who was not conversant in English, continued trying to verify with the SBS Transit operations centre over radio if the neck gaiter was allowed.

At one point, a bus passenger offered a mask to De Silva to try resolve the issue. But he declined the offer, saying that he did not want to "give in".

As a result, Mr Xu could not continue operating the bus. The passengers had to alight and board the next service. 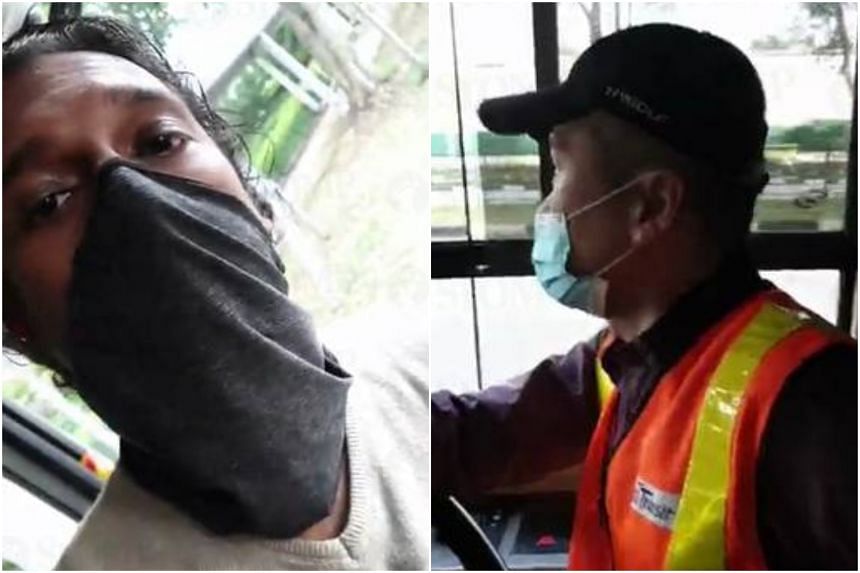 In calling for a short jail sentence and a high fine, DPP Cheah said: "The accused live-streamed the entire confrontation seeking to embarrass the victim.

"In so doing, he broadcasted his racist and xenophobic language onto the global platform of the Internet - causing much disquiet and outrage as a result."

De Silva is expected to be sentenced on Sept 27.