Man and woman arrested for slashing victim with knife at Yishun 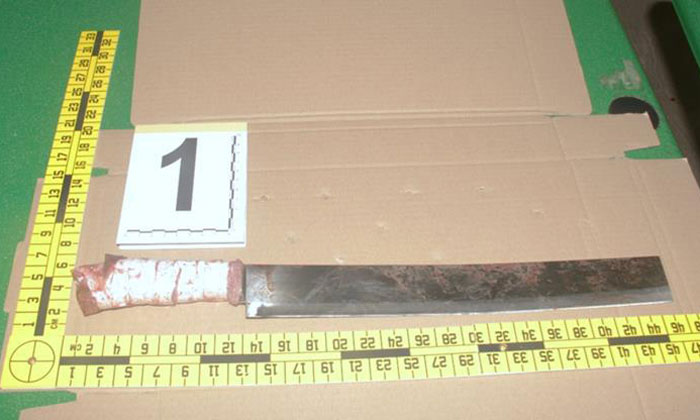 A 39-year-old man and a 49-year-old woman were arrested for allegedly slashing a man with a knife along Yishun Avenue 6.

The police said in a statement on Monday (Oct 4) that they were alerted to the case on Sunday (Oct 3) at about 5.30pm.

The victim suffered several lacerations and was conscious when taken to hospital.

The man and woman had fled before the police arrived at the scene.

Officers from Woodlands Police Division established the identities of the two people involved and arrested them within four hours of the reported crime.

A knife was recovered and seized as a case exhibit.

Preliminary investigations revealed that all parties involved knew each other.

The 39-year-old man will be charged in court with voluntarily causing hurt by dangerous weapon on Tuesday (Oct 5).

The offence carries an imprisonment term of up to seven years, or a fine, or caning, or any combination of such punishments.

Investigations against the 49-year-old woman are ongoing.

Stomp earlier reported on a stabbing incident that also happened in Yishun on Sunday where the victim suffered lacerations to his chest and shoulder.

A 25-year-old man was arrested for voluntarily causing hurt by dangerous weapon.