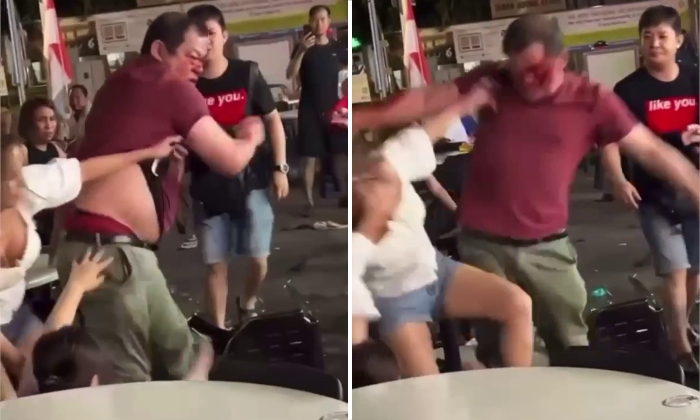 A man and woman were arrested after a brawl at Taman Jurong Food House that left the man with blood on his face on Friday night (Sept 9).

The video starts with an apparent confrontation between a man in a burgundy T-shirt and a woman mostly hidden from view. Another woman in a white top appeared to be trying to calm the man down.

The video then abruptly cuts to the man exchanging blows with the first woman. A table was overturned.

The video abruptly cuts to the man stumbling to the ground with the two women around him. As he staggered to his feet, the first woman fell backwards. He seemed disoriented with blood on his face.

The man forcefully swung at the person behind him and hit the woman in white in the face. She walked away in pain.

The video then abruptly cuts to policemen at the scene. 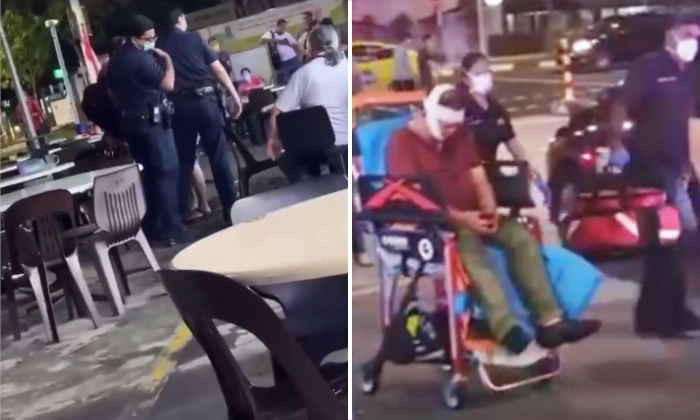 In response to a Stomp query, the police said they were alerted to an alleged case of a fight at 101 Yung Sheng Road at 9.36pm.

"A 50-year-old man and a 45-year-old woman were arrested for affray," said police.

The man was also arrested for outrage of modesty. He was conveyed conscious to the hospital.

Related Stories
'Royal rumble' outside Orchard Towers: 3 men arrested for rioting
Woman throws chair at another over getai seat, gets punched 3 times until her face is bloody
Man attacked and dragged by his legs after pulling woman's hair in Geylang fracas
More About:
fight
Jurong
arrested
affray
outrage of modesty
police