Man, 34, charged over murder of woman at Woodlands 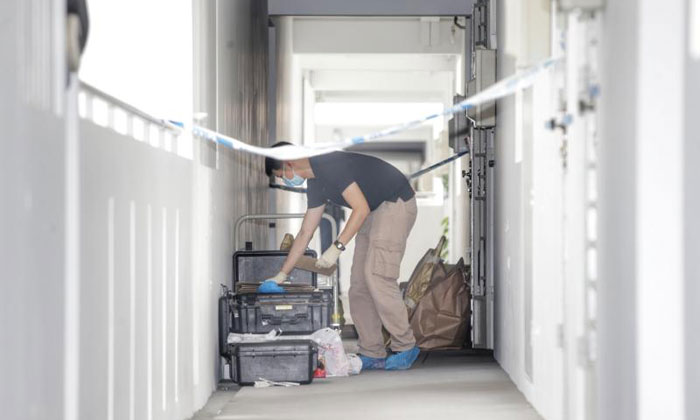 A 34-year old man was accused in court on Friday (Jan 18) of murdering a woman in a Woodlands flat a day before.

The offence was allegedly carried out in an 11th storey unit of Block 693D Woodlands Avenue 6.

Court documents did not state the nature of their relationship.

In an earlier Stomp report, the victim and suspect were known to each other.

The police received a call for assistance on Thursday morning at about 1.34am.

According to The Straits Times, the police found Ms Mallika lying motionless inside a rental unit.

She was pronounced dead at the scene. The police quickly identified Krishnan and arrested him on the same day.

Residents told a reporter that Ms Mallika, who was believed to have been a school teacher, had been arguing frequently with a man in the three to four days before the incident.

A resident who lives on the eighth storey said: "Both were shouting at each other and the fights lasted for about an hour each time. I was home... and I heard loud noises."

It is unclear if the man heard was Krishnan.

Another resident who lives on the 12-th storey and almost directly above the crime scene recalled on Wednesday night he heard what sounded like a scuffle from the floor below him.

He added: "I heard (the sound of) things smashing on the ground, it was very noisy.

"From 10pm, all was quiet. Then it started again at about 12.50am. There was a very loud shout below that sounded like a lady's voice and there was a man shouting vulgarities."

Ms Mallika was found to have bruises on her hands, feet, face and eyes, Chinese daily Lianhe Wanbao reported.

Krishnan is now remanded at the Central Police Division and will be back in court next Friday (Jan 25).