Man, 25, arrested for allegedly elbowing woman in the face after rejecting him at Prinsep Street bar 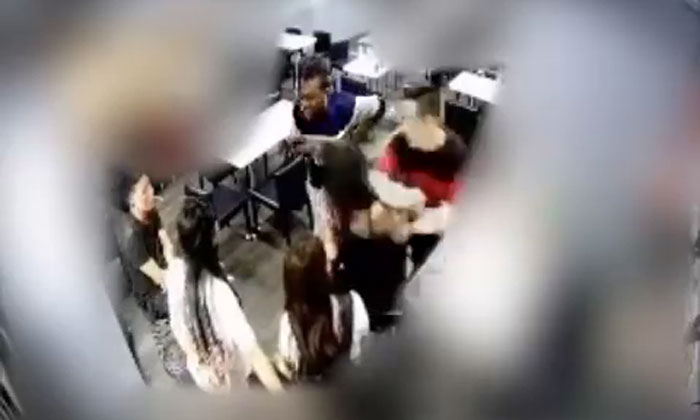 A 25-year-old man was arrested in relation to case of voluntarily causing hurt after he allegedly elbowed a woman in the face for rejecting him.

The incident happened at a bar in Prinsep Street on Jan 3.

The victim, Kylie Yun, posted a clip of the alleged assault on her Facebook page the next day (Jan 4).

In the video, a group of men and women appear to be talking before one of the men apparently elbows a woman in the face.

According to Kylie, the man had been bothering her and her friend and making them uncomfortable prior to the act.

She wrote: "As I was feeling really uncomfortable about the whole situation as well as his presence, I told him politely to leave us alone and go away countless times.

"However he refused to budge and instead elbowed my face out of the blue and dislocated my jaw just because we didn’t want to be pestered, just because we wanted our nice alone time."

She added that it was "very traumatising" and wanted to share it so that "there will no longer be anyone else that [has] to go through this horrifying experience".

She put up another post on Jan 5 clarifying that she did not share the video to "trend" the man and that she only wanted to raise awareness and let him know it is "never okay to hit a lady and think that you can always get away with it".

She also wrote that she is working with her lawyer regarding the incident.

In response to a Stomp query, the police said they were alerted to the case of voluntarily causing hurt at 3.37am on Jan 3.

"A 25-year-old man was subsequently arrested in relation to the case," a police spokesman said.