Man who posed as HDB-approved contractor and cheated residents of $1,860 gets jail, fine 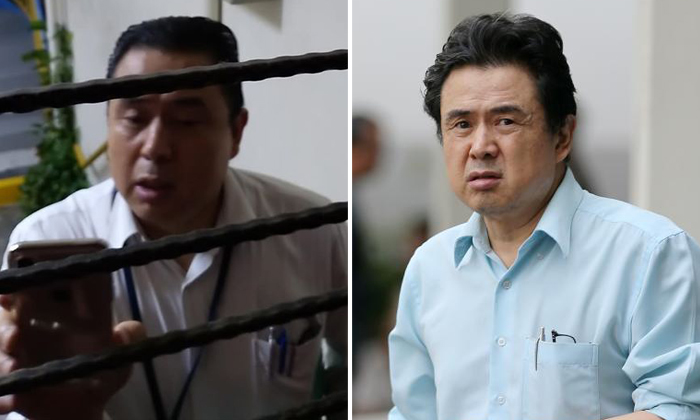 A man, who ran a renovation firm and posed as an HDB-approved contractor before misleading residents into engaging his services, has been jailed and fined.

Gary Lau targeted 15 people, including seven senior citizens, from March last year to this March. He cheated 10 of them of $1,860. He attempted to cheat the remaining five people, a district court heard on Tuesday (Dec 10).

The Singaporean conducted so-called inspections of his victims' flats, then convinced them that patching works had to be carried out on the walls or ceilings. He would then collect cash deposits or full payments from them.

Lau used to own a company called Home Patching Contractor before transferring its ownership to a woman in November last year. He currently owns a firm called Teamwork General Contractor.

Some home owners later realised that he was not a contractor approved by the Housing Board and tried to get back their deposits.

He rebuffed most of them by pointing out that the invoices he had issued stated that deposits collected were non-refundable.

He pleaded guilty to four cheating charges involving $1,050 as well as one count each of assault and harassment.

Twelve other charges, mainly for cheating offences involving the remaining amount, were considered during sentencing.

In one of the incidents, Lau knocked on the door of the flat of Madam Kuang Hong Siang, 84, at around 8pm on Nov 1 last year and flashed her his company pass, claiming to be an HDB-approved contractor.

She allowed him in, and after he did a cursory check of her flat's ceiling, Lau said that it needed patching works.

Believing him, Madam Kuang handed him $500 in cash and he gave her an invoice before leaving.

Deputy Public Prosecutor Dillon Kok said that an "unknown person" turned up three days later and applied plaster to "a very small part" of the ceiling.

The DPP added: "When the victim's son called the accused, he was met with a barrage of verbal abuse. The accused then refused to pick up the son's calls. The accused did not make restitution to the victim."

He tried to pull a similar stunt on March 22 this year when he knocked on the door of the flat of Mr Vernon Low, 72.

When Mr Low told him to leave, Lau went to a neighbouring unit and approached 78-year-old Tee Chiong Lam to try the same ruse.

Mr Low then chimed in from inside his flat and suggested that Mr Tee discuss the matter with his son first.

Lau, who flew into a rage when he heard this, hurled vulgarities at Mr Low and spat at him through the gate.

Mr Low got out of his flat and chased after Lau who rained punches on the older man as they were reaching the ground floor. Mr Low managed to block most of the punches and Lau left the scene soon after.

The court heard that he returned some of his victims a total of $970.

The police received several reports against Lau between May 2017 and April this year. In an earlier statement, police said that he was arrested on April 1.

For each count of cheating, Lau could have been jailed for up to 10 years and fined.